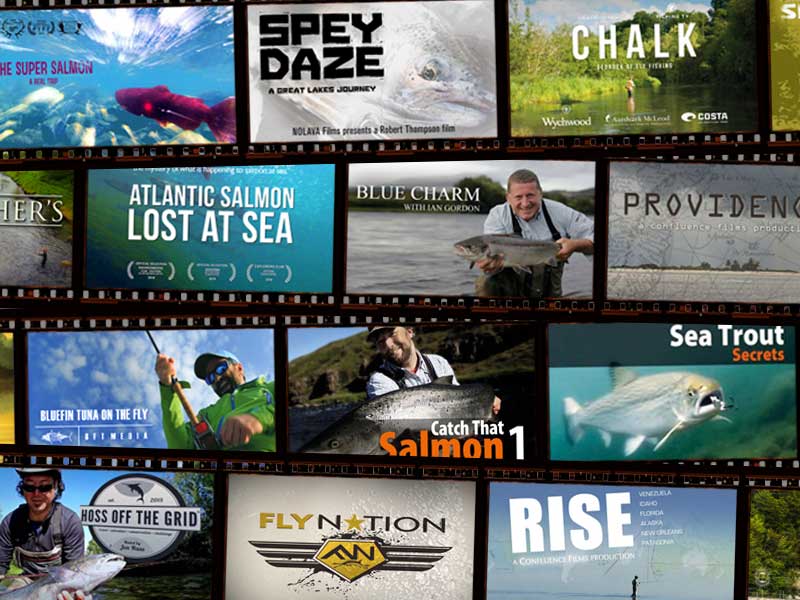 If you’re self-isolating or just too much of a fair-weather angler to head out just yet, video on demand service, Fishing TV could be the solution. It is now available as a monthly subscription with a 7 DAY FREE TRIAL and offers unlimited access to an amazing range of fishing films and TV shows from around the world. Just like Netflix or other video services you may already use, you can watch Fishing TV from the comfort of your sofa on a range of devices including many Smart TV’s, Amazon Fire Stick, Apple TV and Roku. It’s also available on mobile devices and of course via the Fishing TV website. The majority of shows and films stream in HD with a few older things in Standard Definition.

The Fly-Fishing Channel is particularly laden with a host of excellent movies and TV shows covering all aspects of the sport with new content frequently added. There’s a wide variety of content from tuition and strategy in films like Ian’s Gordon’s Blue Charm or Catch that Salmon, to adventure films like Only The River Knows and some fascinating documentaries such as the lauded Atlantic Salmon Lost at Sea which is a must watch movie.

Outside of salmon, there’s some brilliant saltwater fly fishing films such as Providence which follows a crew of fly anglers revisiting the famed atoll following the reopening of the fishery after a 2 year shutdown due to piracy and the incredible Bluefin on the Fly which follows Hardy Pro, Gregory Dolet, fly fishing for the mighty bluefin tuna in France.

Trout anglers are also spoilt for choice with films like Fishing TV’s own production, Chalk, the brilliant Back Country New Zealand series plus and a slew of other films and shows from the best fly-fishing destinations worldwide.

Recent additions include Spey Daze, a 2 part near 4hr feature documentary about the steelhead fishing in North America’s famed Great Lakes and their tributaries plus Summer Haze which looks at the warm water fly fishing that can be experienced in the States.

Closer to home, there’s the The Game Fisher’s Diary TV series presented by Rae Borras, which was filmed and on many of the rivers, Fishpal anglers fish in Scotland. You may even catch Fishpal’s very own Anne Woodcock in this episode on the Tyne. 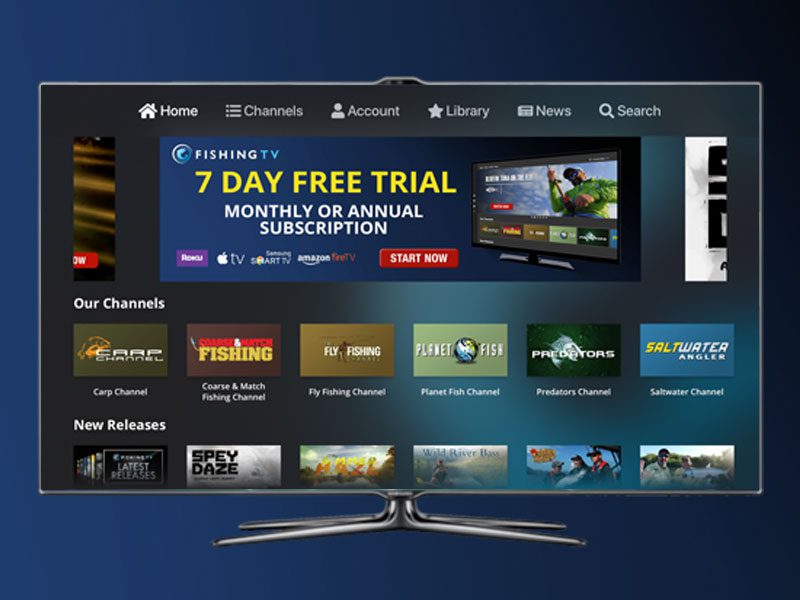 Monthly and Annual Subscriptions now come with a 7 Day Free Trial and are priced at £5.99 per month or £60 per year.

Fishing TV also enables users to pay per view so if you only want to watch a few things, you can just add some credit to your account and Rent (72hrs) or Buy (unlimited viewing) whatever you like.

Just visit https://www.fishingtv.com/pricing to get started. If you already have an account just login and upgrade from your Account page.