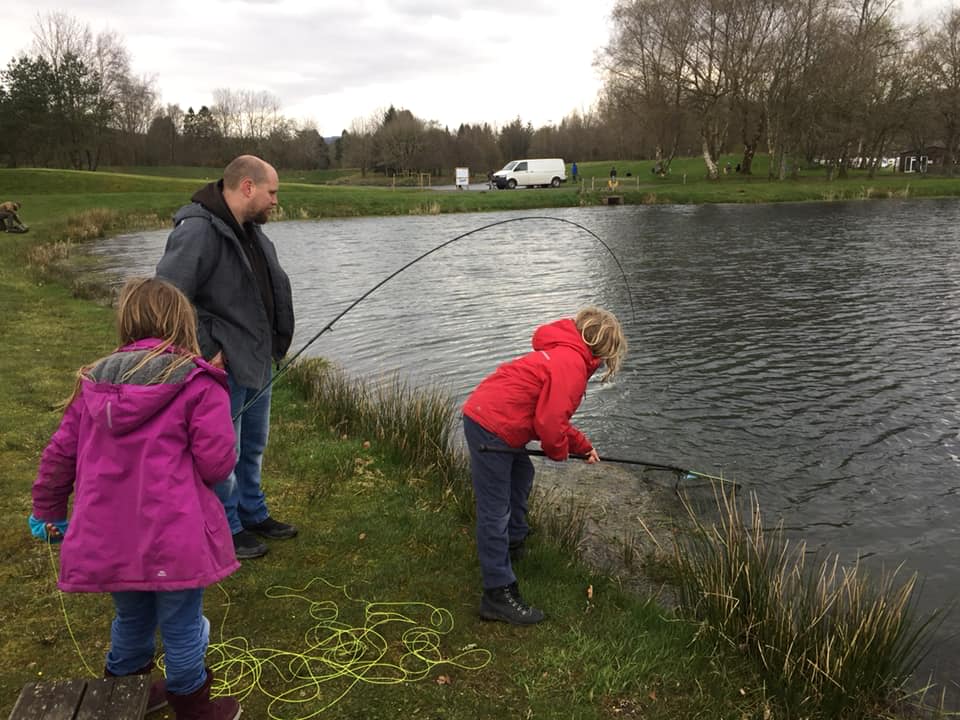 In total 80 children fished the family pond over two days (49 Saturday and 31 Sunday) and 34 anglers fished the fly fishery.

It was windy and very cold for most of the weekend making the fishing tough but there were plenty of happy smiling faces at the end of each day (both children and adults). 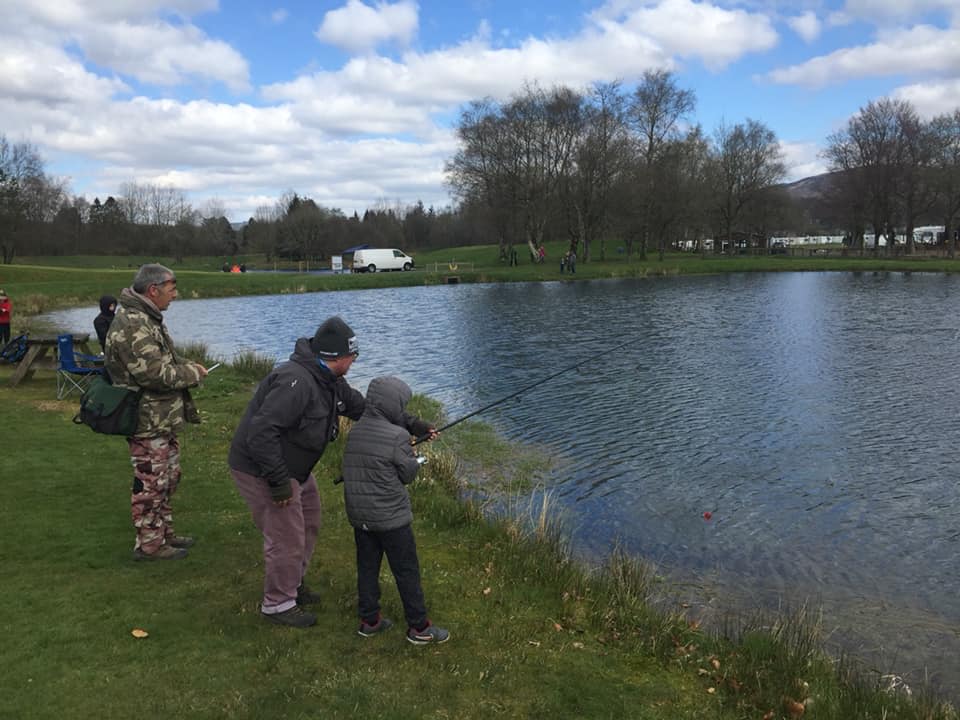 The anglers raffle raised £295 with further donations and amounts in SAMH collection boxes still to be confirmed. Special thanks must go to Matt Baxter at AE Fishery for donating fish to stock the family pond.

Michael Fearns said “Over the weekend, having spoken to a number of parents who opened up about their children’s mental health issues and adults who also opened up and talked about their own experiences (ranging from various levels of depression, PTSD and ADHD), the positive benefits they found from fishing were very plain to see. Watching children who suffer from ADHD siting quietly fixated on a float or patiently listening to instructions from our coaches and instructors was heartwarming and both very good to see and be involved with”

The event was a great success. Well done to Michael Fearns, Scott Rutherford and John Bell for hosting and organising this full weekend of trout fishing for young and old at Moffat Fishery.