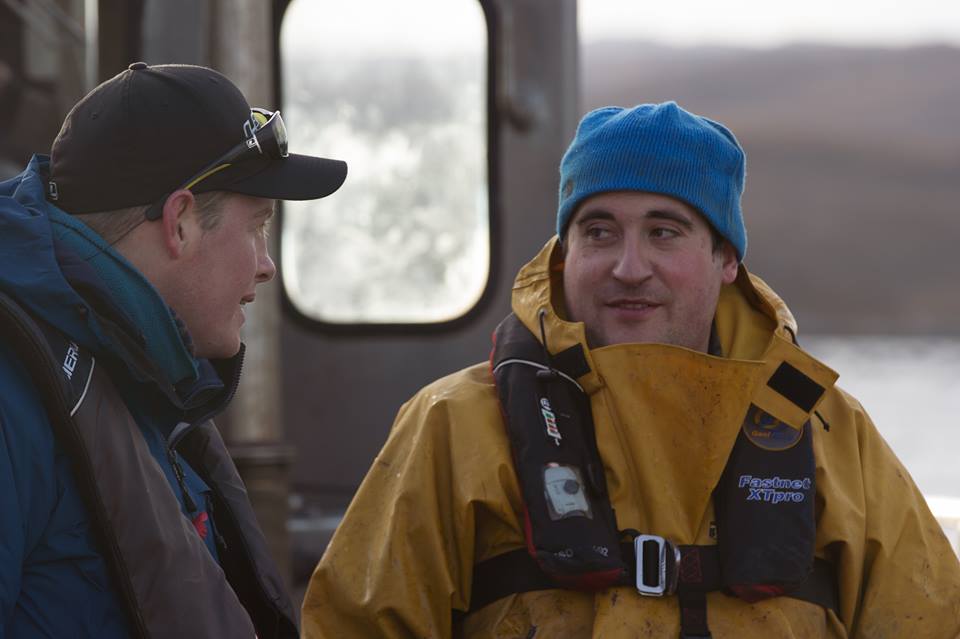 We were lucky enough to be invited to help out with the team of scientists from Atlantic Salmon Trust / West Sutherland Fisheries Trust / University of Glasgow & Marine Scotland Science with their Loch Laxford Sea-Trout Tagging Project. We were recovering receivers from Loch Laxford so that the data can be retrieved and analysed.

The receivers will then be going down to the Moray Firth for next years The Missing Salmon Project to track movements of salmon smolts.

Now with the latest telemetry equipment they have tagged 100 Sea-trout with 40 receivers spread throughout the loch they aim to find:

How the fish are behaving within these sea lochs.
How many (if any) are migrating to the open sea?
Are there specific areas and habitats within the estuaries and sea lochs that are of particular importance to sea trout
How sea trout interact with aquaculture units
If sea trout with sea lice burdens behave differently to those without
Detailed information on freshwater re-entry
Information on sea trout predation
If sea trout populations across similar sites on the west coast of Scotland are behaving in the same way

With a better understanding of the species they aim to further develop management strategies to best protect the species.

This project has only been made possible by the generosity of the public and organisations who have shown their support. Also a big thanks to John the Mussle boat skipper who very kindly gave up his day and donated the use of his vessel