Posted on July 13, 2018 by FishPal Global Online booking system for all things fishing

Sea creatures exhibition brings creatures of the deep to the UK

A world record breaking whale is set to make its first ever visit to Europe as part of this summer’s Sea Creatures exhibition.

The Minke whale, affectionately called Hai Hai was the first ocean mammal ever to undergo the complex plastination process developed by Gunther von Hagens in 1997 and made famous by Britpop artist Damien Hirst.

It was also the first whale ever to be preserved showing its internal anatomy, making it an incredibly important landmark for marine education.

Hai Hai – which means Sea Sea in Chinese – is 6.2 metres in length, over 3 metres tall and has a chest circumference of more than 2.5 metres. Weighing in at 3 tonnes, the operation to preserve and plastinate the specimen took 23 months.

In May 2009, Hai Hai became beached and died on Jiaoliu Island in China, where a team from Dalian Hoffen Bio-Technique Co. rushed to recover the body.

It was then donated to a team of 35 professional anatomists who spent a staggering 50,382 man hours undertaking millions of surgical slices into the specimen to allow the plastination process to work.

It is estimated that for those 50,382 hours, each worker had to make two slices every second in order to complete the process.

Hai Hai will be an exciting centrepiece for the Sea Creatures exhibition, which tours London, Yorkshire, Northern Ireland and Scotland this year.

Organisers had already secured over 50 full-animal exhibits as part of the tour, but had been negotiating to bring Hai Hai to Europe for the first time.

Sea Creatures founder, Naz Kabir, says: “We’ve already had an incredible response since tickets went on sale for this year’s tour, but we always said that adding Hai Hai to the exhibition would be the icing on the cake. 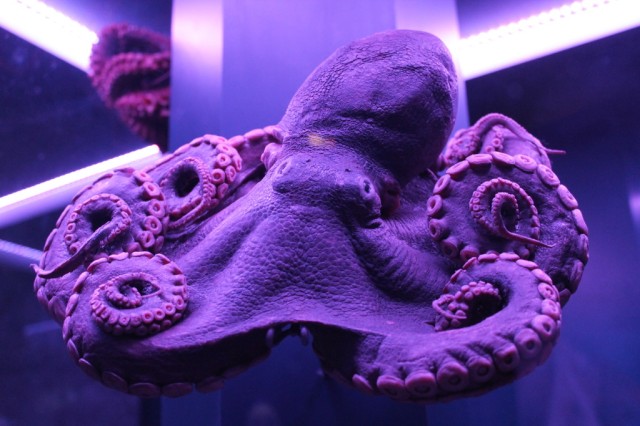 “Having a double world record-breaking exhibit that visitors would be able to see for the first time on this continent is incredibly exciting – Hai Hai is a celebrity in the science and marine education world, and we’re delighted to be able to bring her to the UK this summer.”

Sea Creatures opens in London’s RHS Lawrence Hall on July 20th, where it will remain until August 30th. It will then visit the Royal Highland Centre in Edinburgh (Sep 21 – Oct 18), Harrogate Convention Centre (Oct 30 – Nov 28) and Titanic Exhibition Centre in Belfast (Dec 8 – Jan 2).

Tickets for the European Premiere of this blockbuster exhibition are selling out fast and is expected to be sold out before opening to the public on the 20th July 2018. Book your tickets now from www.seacreaturestour.com