Beat the Heat By Paul Procter 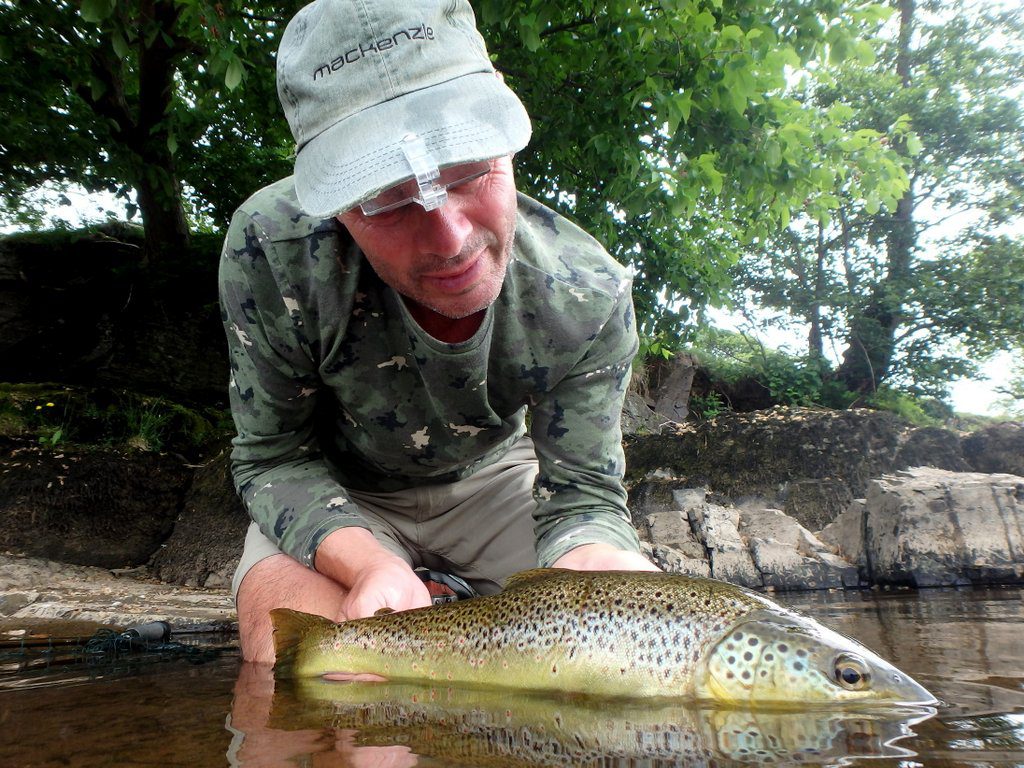 Trout like this are in the offing for those prepared to flash their flesh.

We know it’s quintessentially English to parade around in waders even in the baking heat.  To a huge degree the advancements in breathable waders has made this somewhat bearable.  Yet, given the unseasonable hot weather we’ve experienced throughout June, even those who claim to have been born in waders secretly pray for a respite.

Trout fishing enthusiast and Mackenzie Fly Fishing consultant Paul Procter has adopted the wet wading philosophy often seen in far flung corners of the southern hemisphere. Granted, the idea of exposing your delicate legs and feet to the outside world sends a shiver down the spine of many gamefishers.  However, wearing shorts and walking boots is a truly liberating experience, especially for those who cover plenty of ground during a day on a trout stream. Something else worth noting is you’re rendered more streamlined too, often giving you an edge when sneaking up on spooky fish. 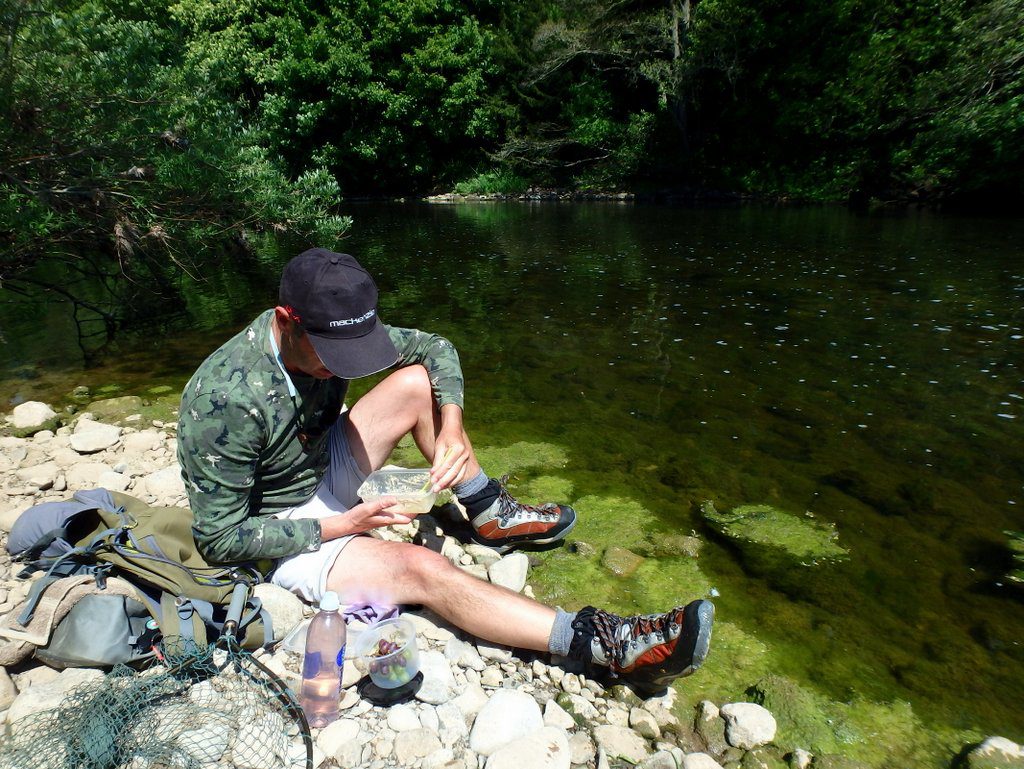 Not so much dressed to impress as wearing suitable attire for the conditions, Paul prefers shorts for summer fishing these days. 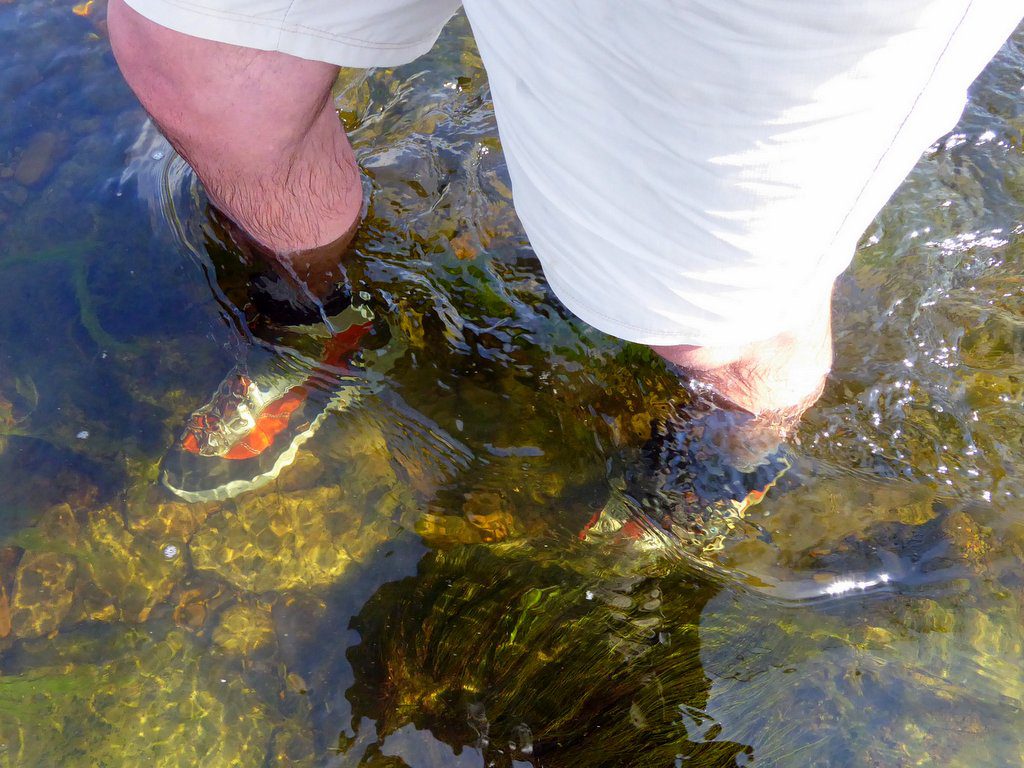 River water lapping at your legs might make them tingle at first, but it’s truly liberating!

Paul’s influence came from New Zealand where he’s spent many a happy hour wandering the wilderness in shorts.  Though, he’s keen to point out certain perils exist.  Chief amongst which, include stinging nettles, thistles and brambles found along most river banks in the UK.  Then there’s kneeling on sharp rocks when stalking fish.  Equally, he doesn’t recommend such measures to the salmon fishing fraternity, who in fairness spend the best part of their day up to their waists (and beyond) in water.  Something else to bear in mind is, if you’re local tackle shop discover you’re in shorts rather than expensive waders then chances are you’ll be crossed off next year’s Christmas card list! 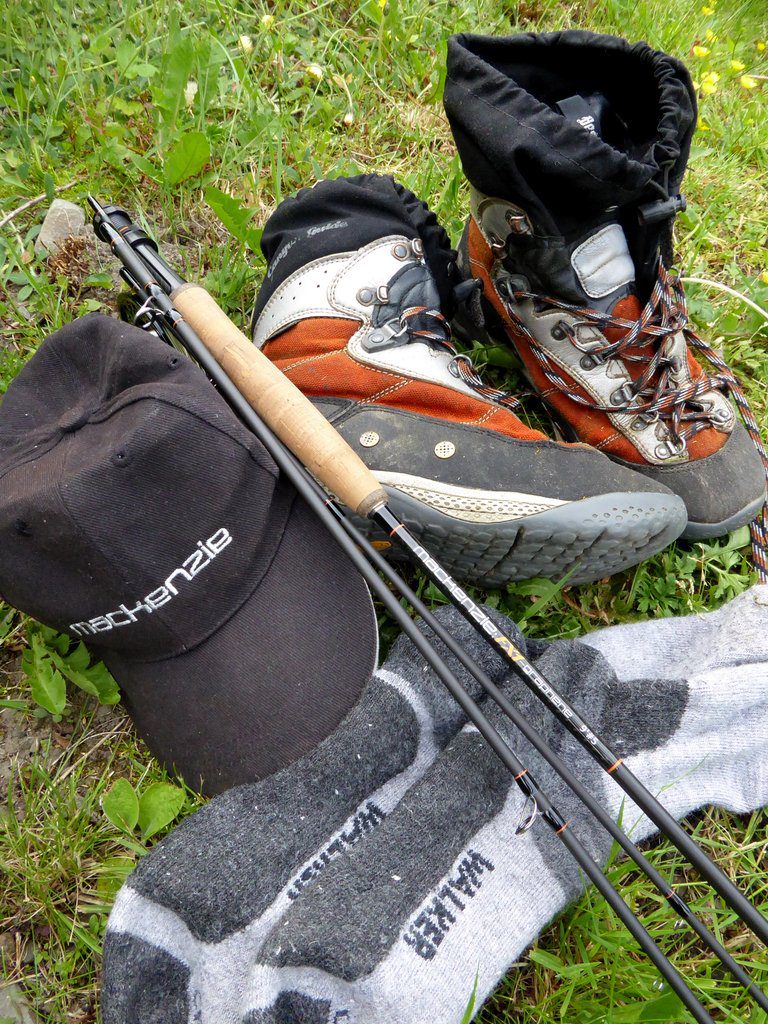 Boots, socks, a peaked cap and of course decent fly rod are all you need to enjoy drought conditions