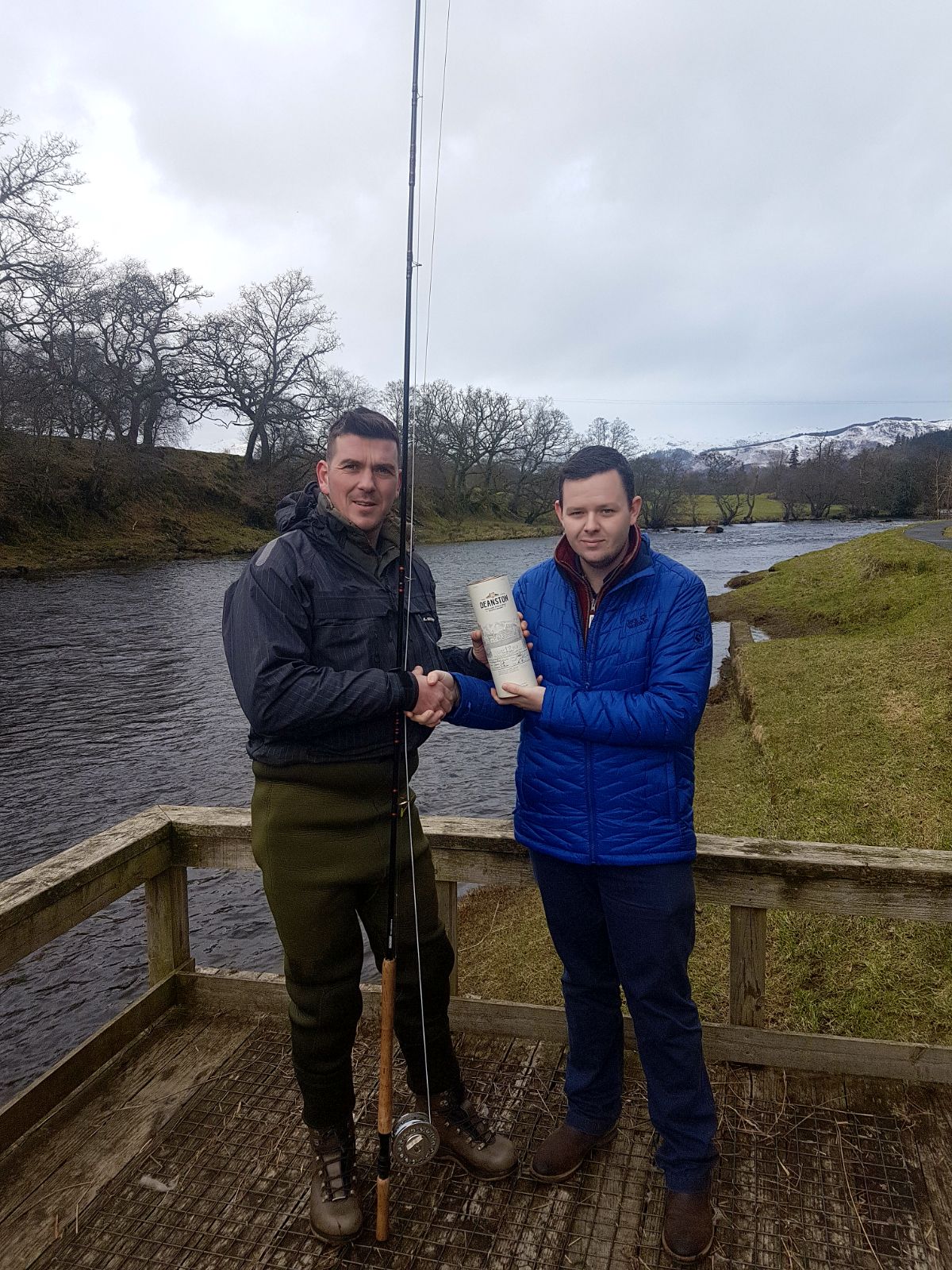 Garry fished the Forth and Teith for many years and then a few years ago decided to call it a day fishing the Stirling Council Fisheries.

This year with the new and exciting pricing structure of a years fishing permit for only £200 Garry was enticed to try fish the river again.  In the many years that Garry has fished with the river, this is his first ever springer from the Teith!

He caught the springer from the bottom end of the Geisher Pool on an aluminium posh tosh tube. He was using a rod he built himself using a sage blank, a Hardy mach line and a 10ft fast sinking tip.

Fisheries Manager Scott Mason presented Garry with his bottle of 12yr old Deanston Malt for landing the first fresh fish from the beat. Garry will be presented the Graeme Waugh Memorial at the 2019 opening day. 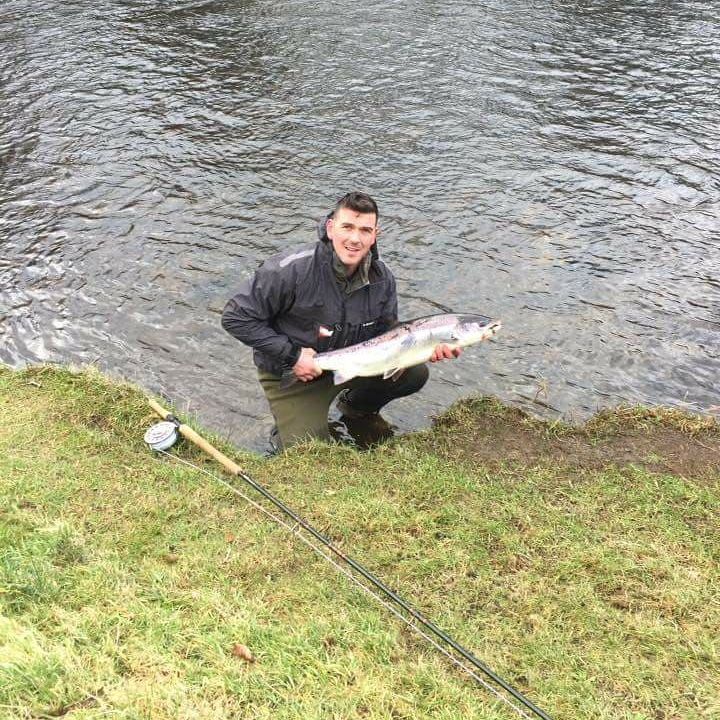