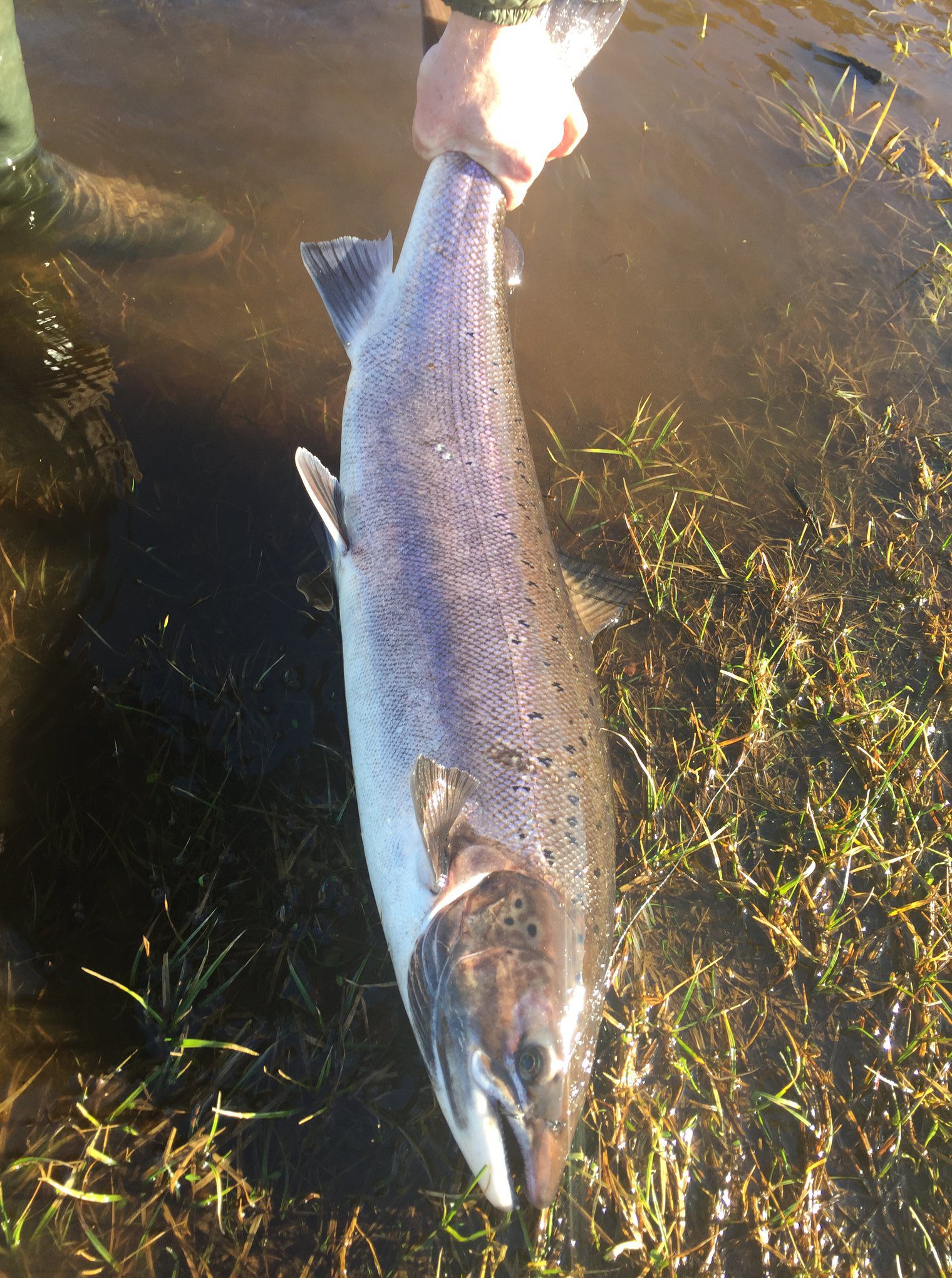 An interesting fish caught on the River Ness at Dochfour last week demonstrates the complex lifecycle of the Atlantic salmon and how difficult it can be to interpret.
The fish was dark in colour for the time of year, particularly around its head and gill covers, which suggests that it had been in freshwater for some time. The fish was not ‘slender’ as would be expected if it were a ‘kelt’ (a fish that has spawned), nor did it have a soft abdomen as would be expected if it were a ‘baggot’ (female fish which has failed to deposit its eggs). Furthermore, it’s ‘vent’ (tube for depositing eggs) was not protruding as would be expected in a baggot or a partially spawned fish.

A scale sample was taken from the fish which we hoped would give a clearer picture of its lifecycle. Erosion on the edges of the scale confirmed that this was not a ‘clean’ fish. Salmon do not feed in freshwater and reabsorb minerals from their scales, creating this erosion. The degree of erosion gives an indication of how long the fish has been in freshwater.

This fish exhibited what we refer to as ‘second degree’ erosion (relatively light). We believe that it could have entered the river in October or November last year (fish are known to enter the Ness system throughout the year). This timing gives two distinct options in terms of the life history of this fish: 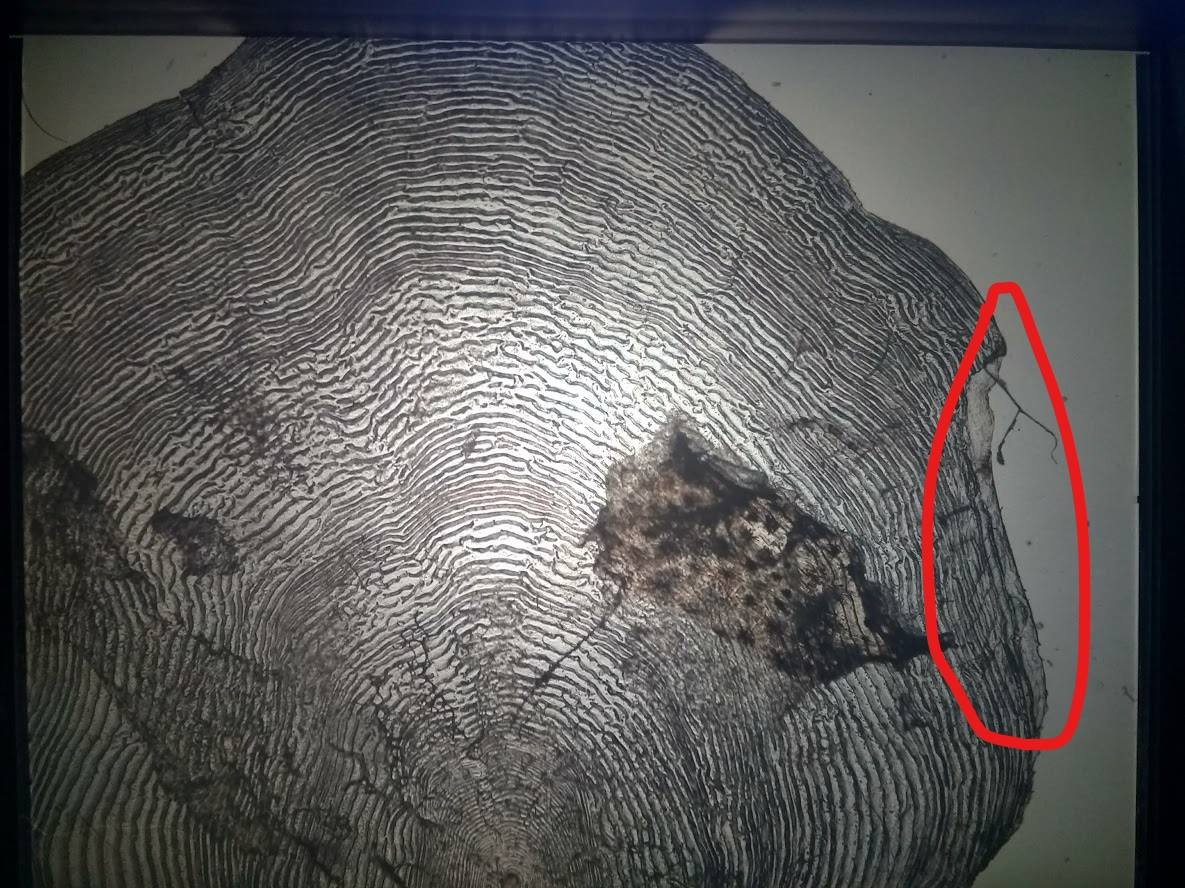 1) It could be a very early ‘spring’ or ‘winter’ salmon that intends to spawn in winter 2018/19 (with two freshwater years and three sea winters). Such early fish are known to be present in the Ness system and could enter the system as early as October or November. They are however particularly rare and are usually destined for the upper reaches of the system. We would not expect them to remain in the River Ness for as long as this particular fish. They are more commonly captured in the upper reaches of the system; or

2) It could be a late ‘autumn’ fish (with two freshwater years and two ‘plus’ sea winters) which for some reason has failed to spawn in winter 2017/18. This could be associated with the late and prolonged spawning that we have observed on the River Ness (where spawning seems to peak in early January). Such late running autumn fish are known to be present in the Ness system, with a fish entering freshwater water in October or November having plenty of time to mature in time for a January spawning.

Given the doubt surrounding the life history of this fish, all concerned have decided to err on the side of caution and as such it has been classed as one of last year’s fish. We thought the experience was worthy of sharing as it is a really good example of how difficult it can be to categorise a fish on a river system with such a diverse salmon population as the Ness system.

Thank you to the biologists at the Ness District Salmon Fishery Board for this post from their Facebook page. 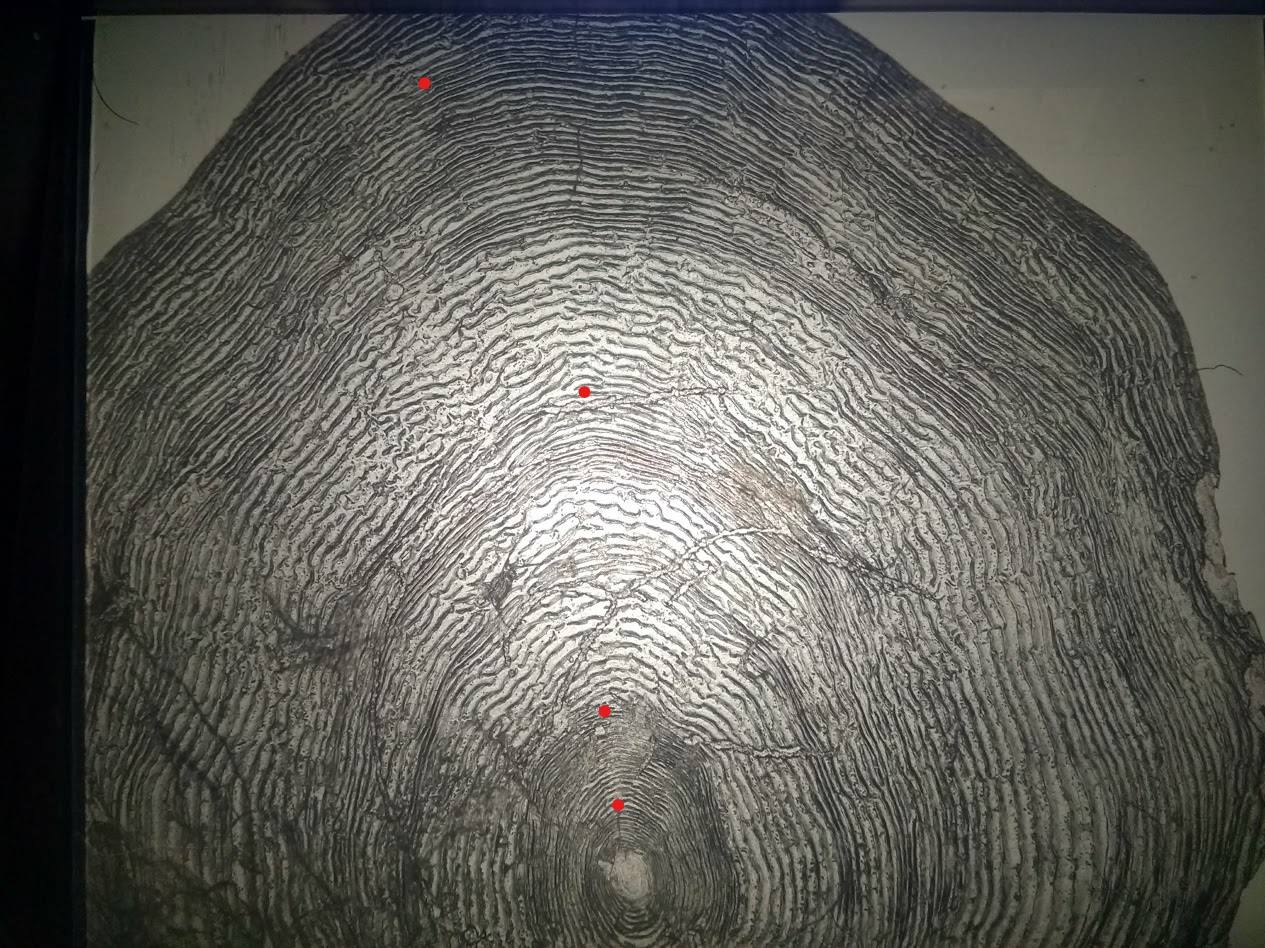 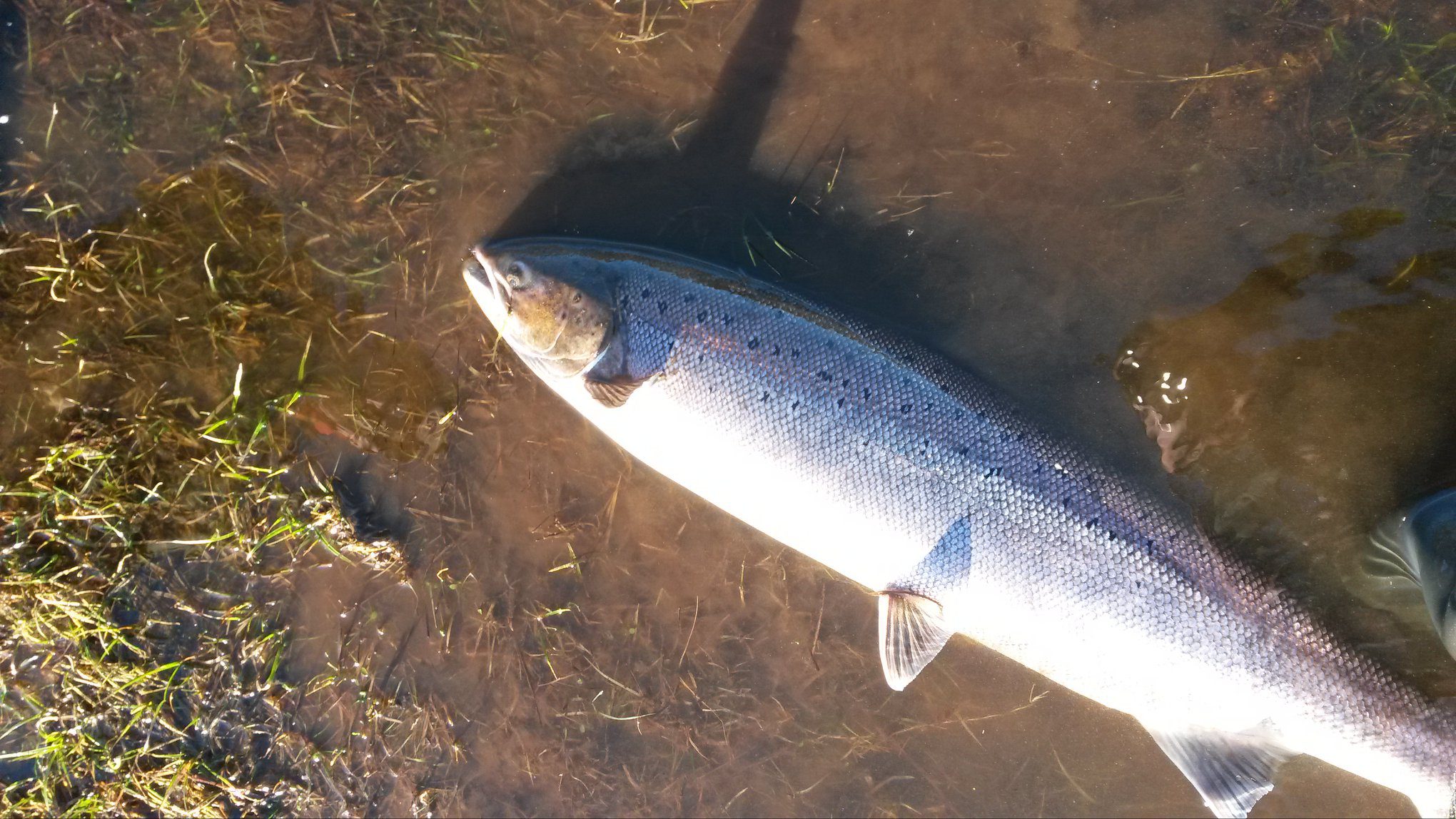