Vatnsa River & Lake Heidarvatn: Two Destinations in One Package for 2018 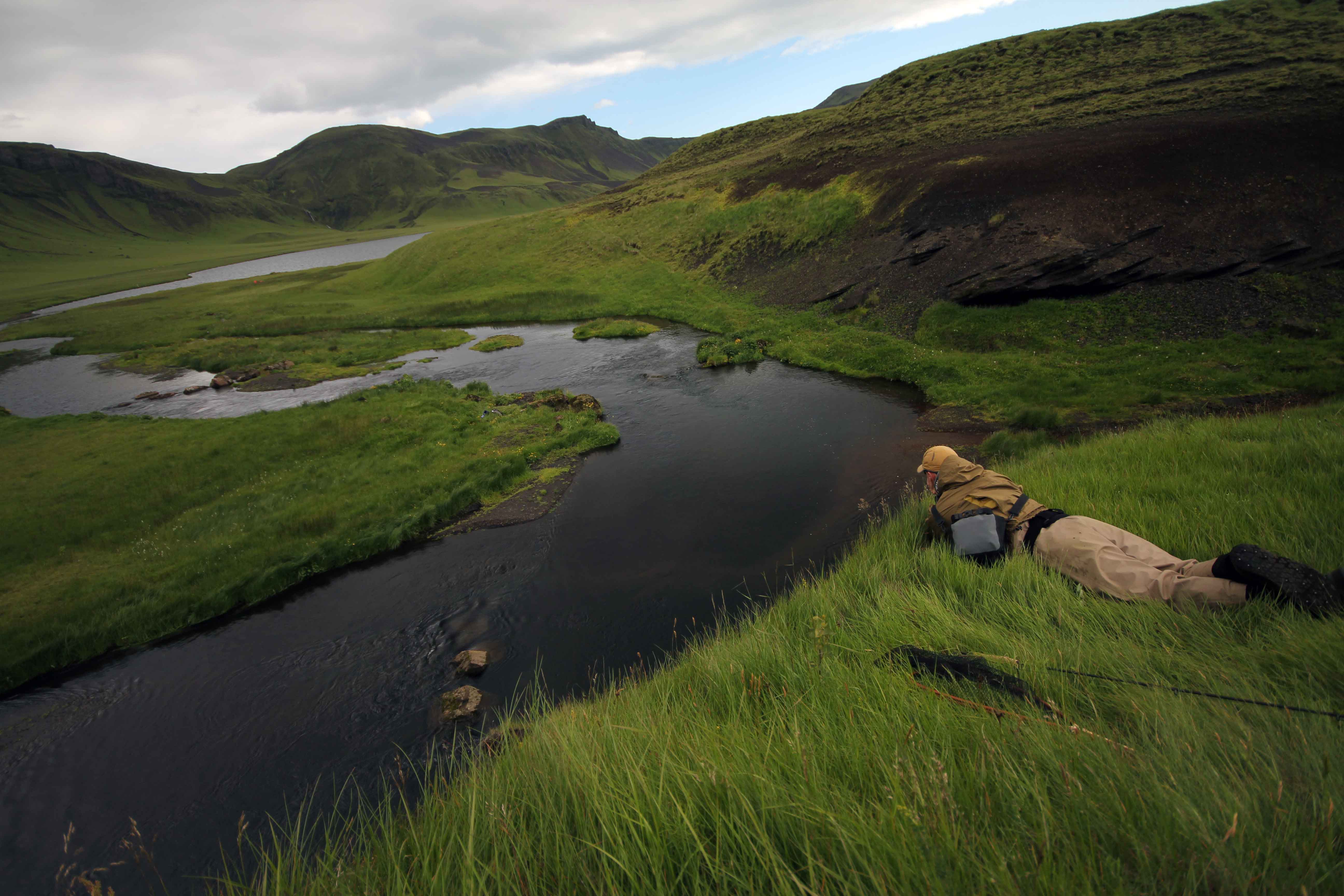 If you find yourself Googling ‘Fishing in Iceland’ at regular intervals, standing on the shoreline of your imagination, trying to read the expanse of crystal-clear water whilst your daydream distracts you from more mundane things then FishIceland is here to help.
One of the hardest decisions to make when planning your fishing trip to the land of fire and ice is choosing where to go to find the best angling experiences amidst this 40,000-square-mile wilderness. In a bid to narrow down your choices but not your options why not take a moment to consider Lake Heidarvatn and the Vatnsa River?
This angling paradise, a stone’s throw from the town of Vik on Iceland’s south coast, offers a wealth of world-class fishing for wild brown trout, sea trout, Arctic char and salmon. The hypnotic meandering flow of the Vatnsa from the eastern shore of Lake Heidarvatn collaborates with the rugged mountain crags and lush green vegetation to create a breathtaking landscape in which to seek out that perfect fish.
The lake measures 2km in length and is 1km at its widest point. It is a haven for trout in which a myriad of fish will rise ever so gullibly towards the surface, break the water and take a fly with superior elegance. Hard-fighting brown trout and brightly-coloured Arctic char abound with the real possibility of catching sea trout when they are also in residence. 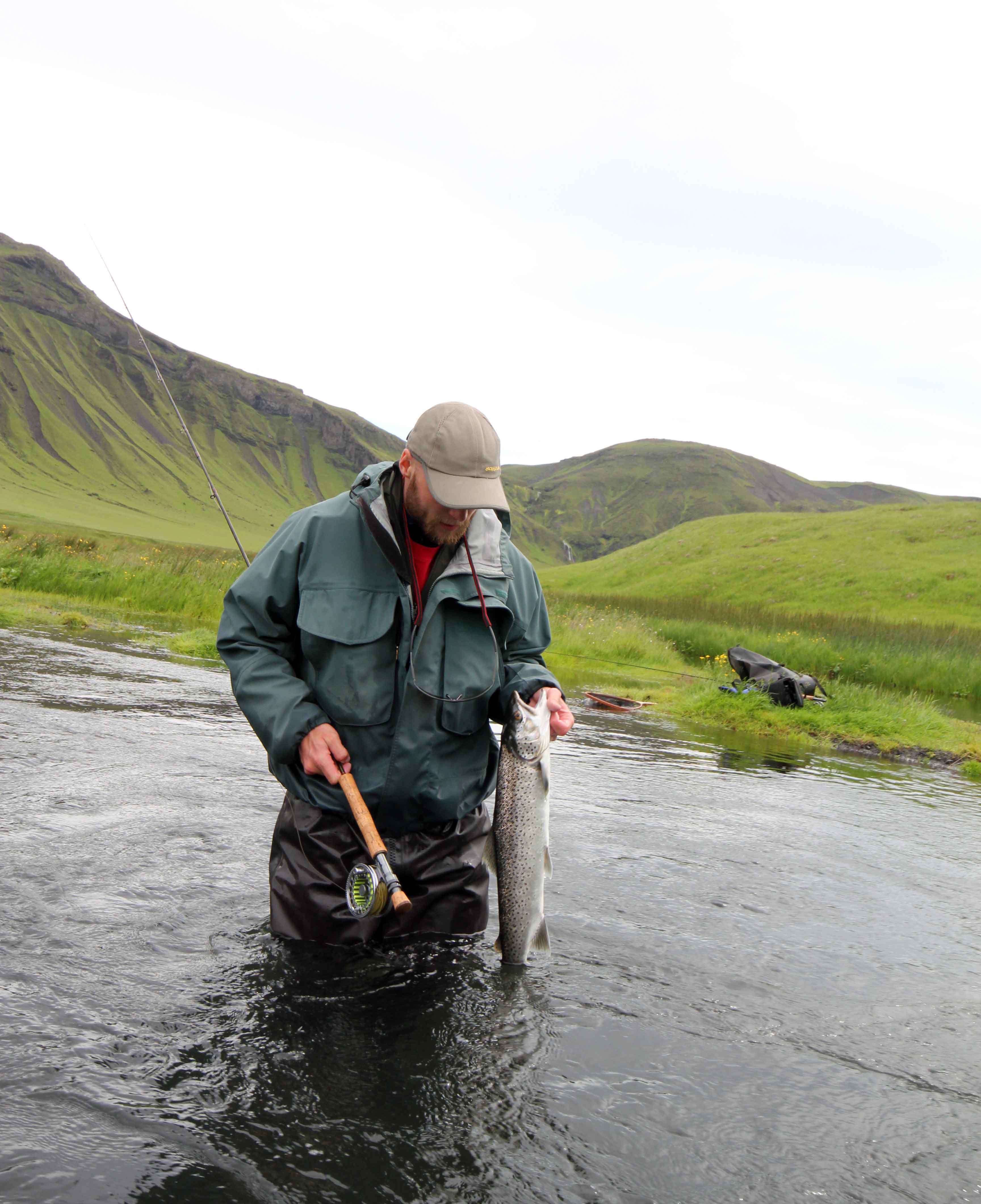 The river is small but perfectly formed and flows from the lake for just under two miles (3km) before it joins the glacial river Kerlingadalsa. It has been likened to a work of art carved out by the elements which results in diverse rock formations and pools which hold astonishing numbers of fish seemingly disproportionate to the size of their lairs.
Vatnsa is fished by two rods and it is fair to say that few anglers hardly ever fish its entire length in the space of a single day when the fish are in. If you take your time and stop at lunchtime you might easily walk to the end but at times you may have to drag yourself out of several pools along the way; it is often all too tempting to stay a little longer and try another fly over the shoals of salmon below. 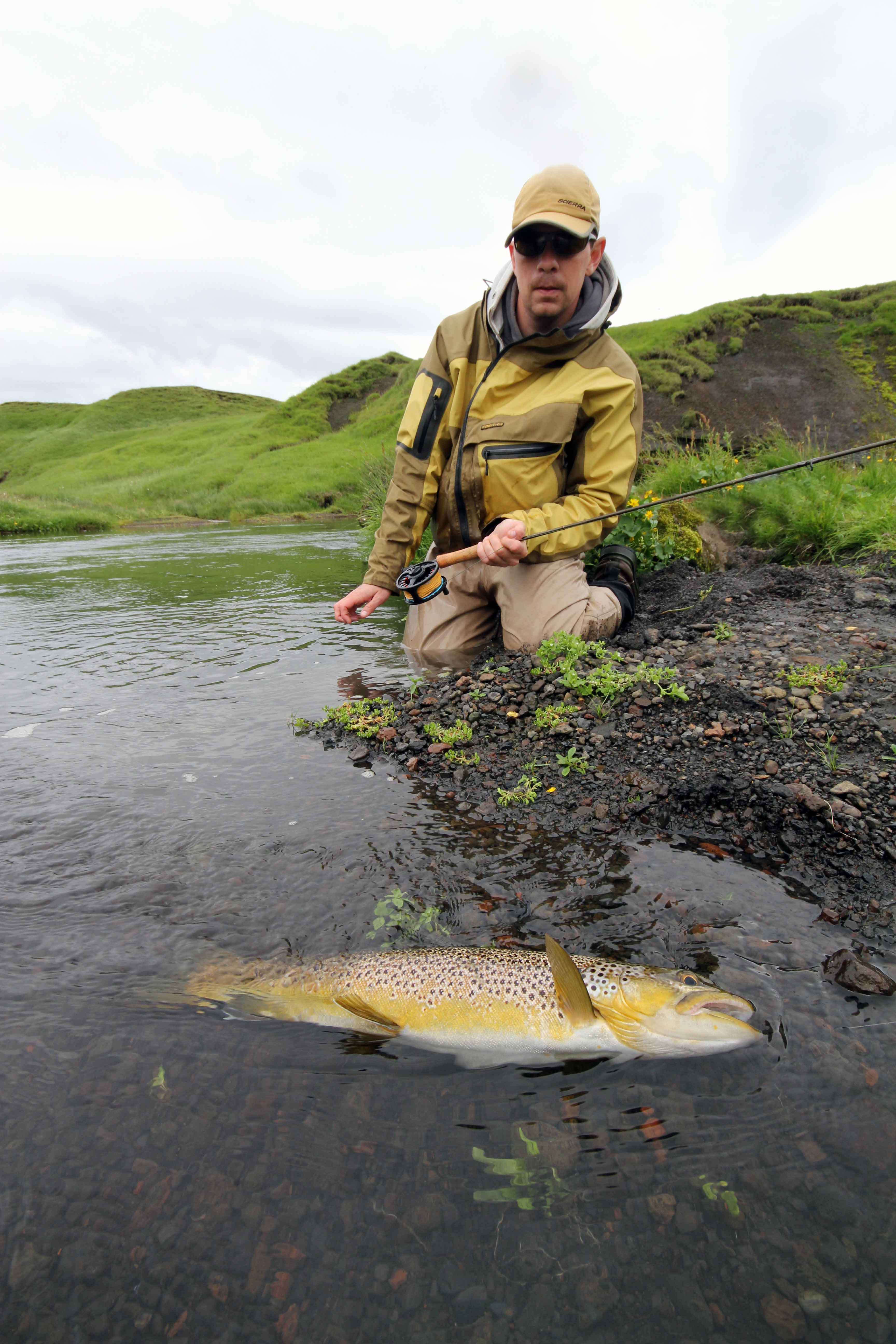 The permitted fishing area on the river begins at the Fruarhylur pool, a few hundred yards from the lake, near the self catering lodge. Historically this pool is a magnet for fish and anglers alike, although you’ll soon discover that salmon and sea trout hold in almost every pool, run, mirror and eddy downstream.
The season is split into two parts: fishing for wild brown trout, sea trout and Arctic char is from 20 May until 25 July on both the Vatnsa river and Lake Heidarvatn. After 25 July salmon and sea trout fishing to be enjoyed on the Vatnsa river until 10 October.
The trout fishing is particularly revered in June which is regarded as the most productive month. These hard-fighting fish will not only test delicate leaders but also the skills and patience of the most experienced anglers. The average size of the multi-spotted trout and colourful char is 1-3 pounds, whilst the fittest sea trout can weigh between 10-13 pounds.
In recent years the salmon stocks have been enhanced by a smolt release scheme which has taken the river from producing 150 salmon at best to yielding close to a 1,000 salmon in 2008. In an average year catches are 4-500 salmon and 1,000 trout and char.
There are some rules in place on the Vatnsa which is fly-only althought fishing on the lake has less restrictions. All female salmon must be released as must all male salmon over 70cm – trout & char over 50cm. Anglers are only allowed to take two cock salmon fish under 70cm so you might well find yourself releasing a lot of grilse.
The three-bedroom self catering lodge is superbly located within walking distance of several of the river’s best pools, including Fruarhylur (as previously mentioned), Karabolshylur, Horn, Svortuloft and Slagbjorn. It sleeps up to six people, is clean and comfortable and offers all the comforts of home.
Guides can be arranged but fishing on the river Vatnsa and Lake Heidarvatn suits more independent anglers in search of an affordable fishing adventure combining with variety with an element of surprise.
www.fishiceland.com
Jon Sigurdsson
jon@fishiceland.com
Tel: +354 899 4247