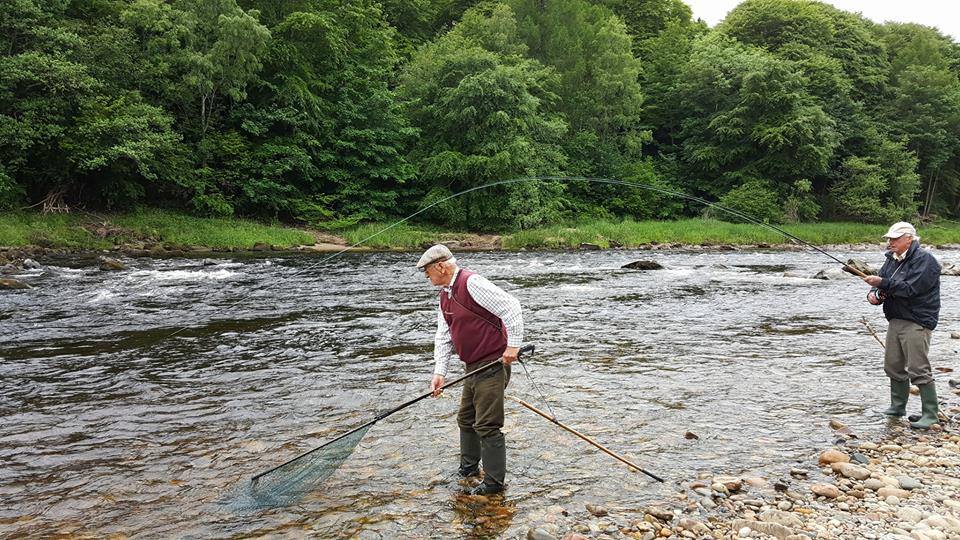 Photo taken during the last 24 hours from Little Blackhall & Inchmarlo

Anglers were perplexed to have been targeted by foreign objects falling from the sky.

Yes people it was RAIN, and for some of us plenty of it!

The Far Northern rivers, Thurso, Borgie, Helmsdale had a better start to the month with
regular anglers fishing their slots. Wind played a part and remained cold for the time of the year.

Coming south to the Inverness area, the hydro rivers got some relief as their fishing was topped up and as a result the catches remained slightly below average for the the month.
The Loch Ness rivers such as the Moriston and Garry were hit by the lack of water and odd fish was picked up by local anglers when there was a lift in the rivers water height. The conditions suited the river Ness and their beats, but the fish were not keen in coming in from the sea in the numbers that were seen last year. However the beats kept ticking away. 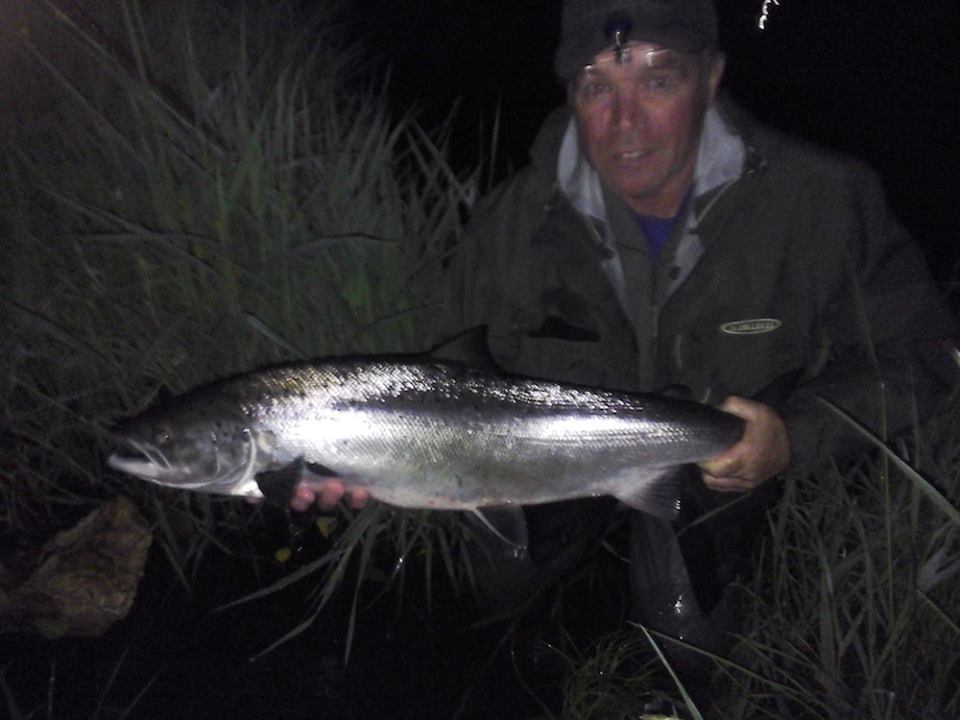 After a long period of over due rain, anglers get their reward on the river Cree at Newton Stewart.

Findhorn and Nairn were seriously hit with this warm and dry month and catches were infrequent. The Esks were very much in the same boat.

The Tay bucked the trend for the month, most beats were holding fish and catches remained similar to previous years, for many it was a good month. Lower beats suited the conditions, such as Cargill, Stobhall.  Middle beats ticked away. 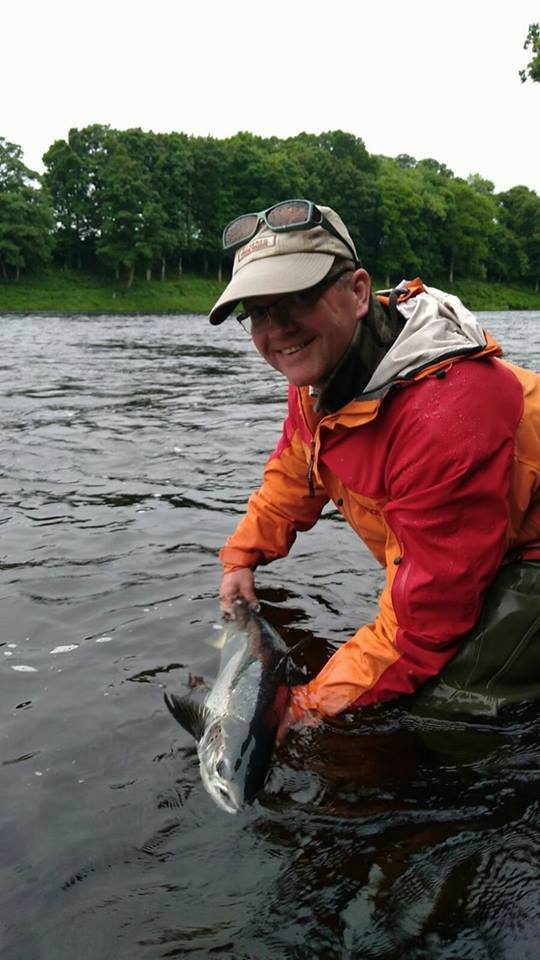 4th fish 🐟🐟 of the day – a sea-liced 15lb’er hooked in the Castle Pool and landed 200m downstream after a blistering run out of the pool. Four fish for the day weighing 6lbs, 7lbs, 14lbs and 15lbs for Meikleour Fishing

The Southern Scottish rivers have been plagued with a lack of rain for two months and as a result fishing has congregated to the lower beats. Andy Edgar at Dalswinton reported seeing fish sat below the town bridge at Dumfries and has seen some fish running in May in the cooler conditions. All in all it has been a difficult month for anglers.

The rain came the the first full week of June, and it was needed, but the whole country. As soon as the levels rose and cleared out the residue of stones baked with grass the fish started to arrive. The Ayrshire gang were into fish on the Ayr and the Stinchar. 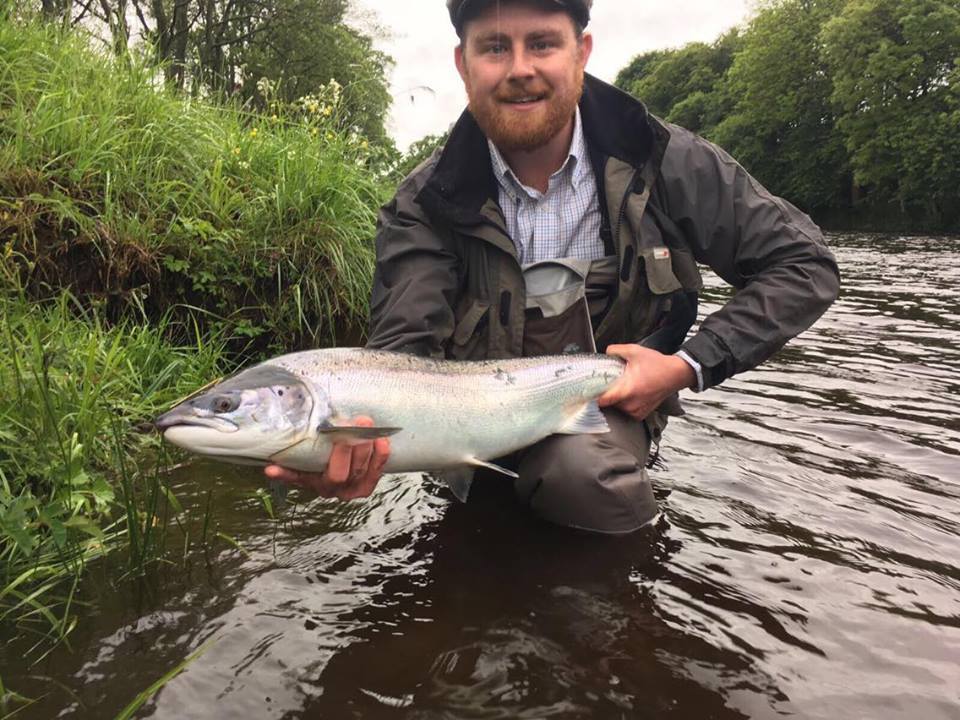 Colin Halliday with a some nice fish he got from a trip to the North Esk last weekend. Largest about 12lb smallest 8lb.

Dumfries anglers started picking fish up at Newton Stewart on the Cree, no doubt more news to follow on this during the month.

The Tweed has seen improved catches this week as some seatrout begin to ebb in on the tide. The Dee, Findhorn, Nairn, Tay, Spey all have got good news have a look the the latest catches pages to see what is being caught.

Northern England, and pretty much the whole of Scotland were in need of this precious commodity. With Temperatures hitting almost 30 Celsius in parts the river and their inhabitants were feeling it. Sadly this season quite a few rivers are carrying diseased fish and some have died at this time. There will be flair ups, but once fish move on out of contested pools/areas this fungus does settle down.

All in all, if you can, it would seem that this is a great time to go out and do some fishing.