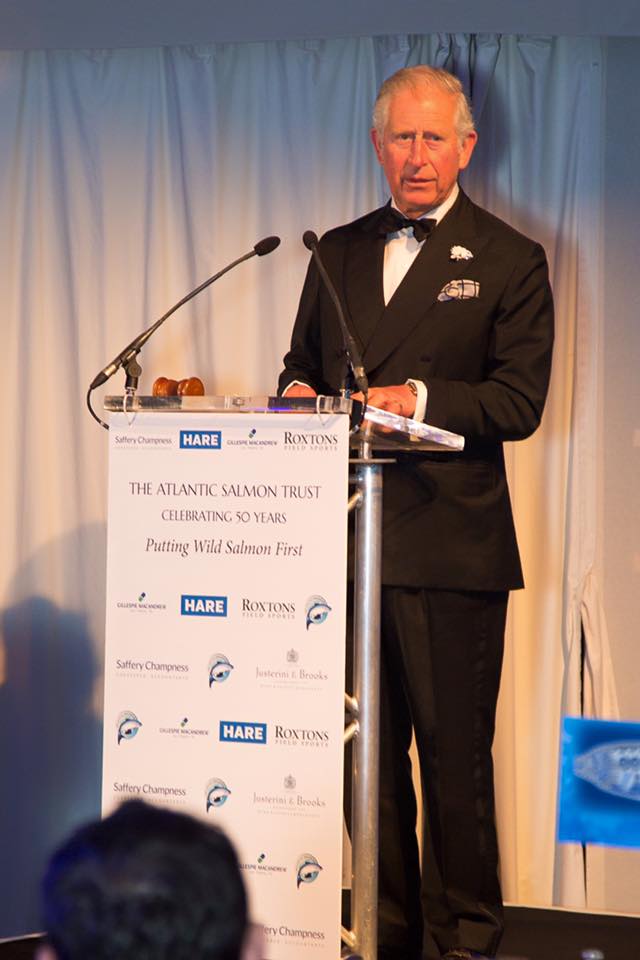 The Atlantic Salmon Trust is hoping to reverse a century of decline in wild salmon numbers by announcing a major new study into their movements.

Often called the ‘aquatic canary’, Atlantic salmon are regarded as key indicators of the health of our waters as they are sensitive to changes within the environment. In recent years numbers have been dropping at an alarming rate and one major area of concern is the mortality of juvenile salmon during their long migration at sea before returning to UK rivers as adults.

The Atlantic Salmon Trust (AST) is hoping to reverse that decline with a new Suspects Framework study, which was announced at a symposium and gala dinner to mark its 50th anniversary, attended by AST Patron HRH The Prince of Wales and His Majesty King Harald V of Norway.

In his speech at the Trust’s 50th Anniversary Dinner, The Prince of Wales said: “Our greatest concern is that today a very small proportion of salmon smolts leaving their rivers return as adult salmon.

“Thirty years ago one in four would make it back. Today, it is only one in 20, yet we do not know why this has happened and until we do we will not be able to put solutions in place.”

Professor Ken Whelan, Research Director of the AST, said: “Scientists are increasingly concerned about the future of the wild Atlantic Salmon, which was once so numerous in our rivers that it was seen very much as a staple diet for major population centres around Europe, including London.

“Just 20 years ago, if you recorded 100 juvenile salmon leaving a UK river, more than 20 would return as an adult fish to spawn. In most UK rivers, fewer than five now return.

“We are determined to rescue this most valuable species and hope that the study we are announcing today will lead to an international framework that will give us the information we need to achieve this.”

A fundraising auction held during the gala dinner generated more than £300,000 to help 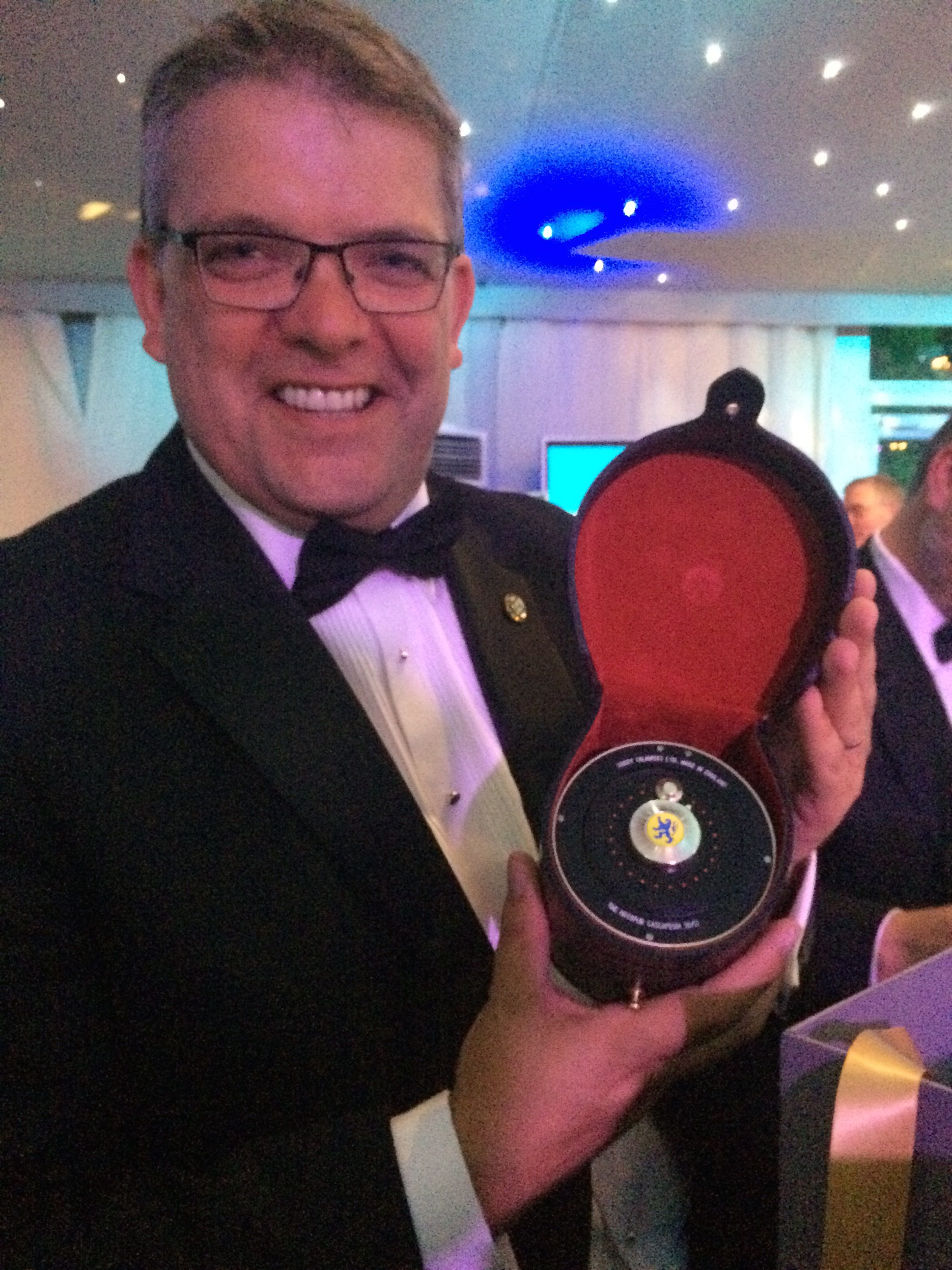 pay for the research. Star item was a Hardy’s Hotspur Cascapedia Salmon Reel, numbered 001, which sold for £55,000 – thought to be a world record for the sale of fishing tackle.

It is the first time in 180 years Hardy’s has chosen to release any reel 001 for sale, with every previous production held in its museum. Reel 000 of the Hotspur Cascapedia was presented to the Prince of Wales, with 002 being handed to His Majesty King Harald V of Norway.

Also auctioned was a watercolour painting of Lochnagar by the Prince of Wales, which fetched £4,000.

The AST was formed in 1967 with the purpose of protecting the species from distant water fisheries and disease. It was notable as one of the first organisations dedicated towards the welfare of a single species.

Through work with its Honorary Scientific Advisory Panel and extensive awareness raising, it has helped reduce some of the threats to the species. However, with numbers continuing to decline, it hopes its Suspects Framework will identify the exact causes leading to increasing salmon mortality.

“Modern technology is enabling us to gather more detailed and precise information than ever before,” said Professor Whelan. “Our aim now is for our framework to be adopted by nations across the Atlantic, allowing us to build the most detailed picture yet of the threats – and hopefully opportunities – for this species. Through this research initiative we are determined to boost the numbers of smolts making it to the feeding grounds.”

Likely suspects identified by AST in preparing the framework include predation from species such as seals, cormorants and dolphins, the impact of aquaculture through sea lice, pollution, disease and escapees, bycatch from fishing fleets, overexploitation and overfishing of the juvenile salmon’s staple diet, climate change and moving sea currents.

Sarah Bayley Slater, Executive Director of AST said: “Because farmed salmon is now so commonplace in the supermarket, many people are unaware of the plight of the wild Atlantic Salmon for which Scotland and Norway are so famous.

“This study will help us identify the key suspects causing these high mortality rates, which will help us to stabilise and over time, reverse the decline of this important species.”

Ms Bayley Slater added: “Our Patron, The Prince of Wales has been a very active supporter of AST and has contributed considerably towards this effort. The Prince’s International Sustainability Unit has been working closely with us to look at the problems facing wild Atlantic salmon and remains a key contributor to this study.

“We are very grateful for this support, which is a considerable help as we aim to find a way to reverse the species’ continued decline.”

For more information about the study, visit the Atlantic Salmon Trust website.

Issued by Weber Shandwick on behalf of the Atlantic Salmon Trust. 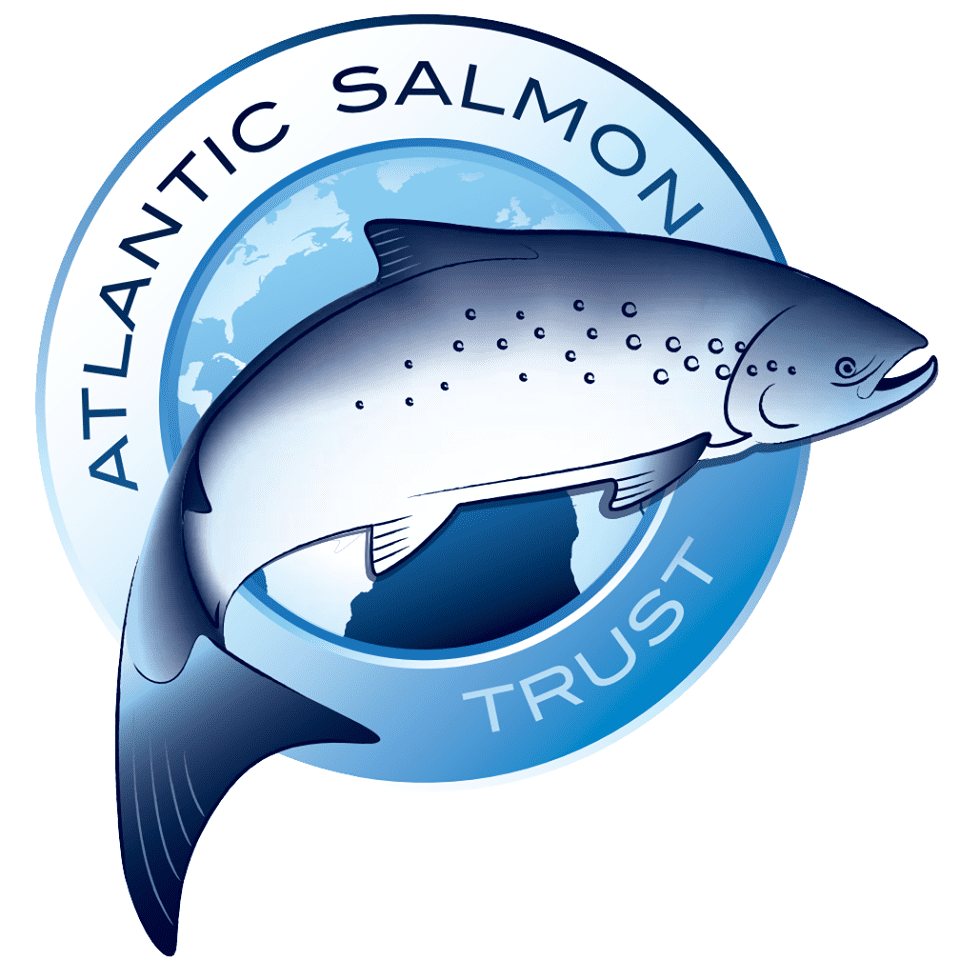