This years winners of the prestigious Junior FishPal Malloch Competition have been announced.

The five junior winners have caught and released a staggering 16 salmon between them during their fishing trips this year. The winners will spend a day on FishPonds beat with Iain Kirk and world spey casting champion Scott Mackenzie on Monday 7th August 2017.

Blaine on Ness Side in August

Blaine caught his fish at Ness Side on the river Ness on Nesside in August. This was the first of a brace of fish he had during the day and also lost a larger fish of about 14 lbs. Blaine also took part in the Alexander Grant memorial casting competition this year held on the Nith and he did very well. He won the casting competition at Scone Game Fair in Summer and in October Blaine was crowned the Scottish Youth National Fly Fishing Champion.

David with one of his 3 Delfur fish

Fishing with his grandparents on the Spey Delfur in June he caught his first ever salmon and then went on to catch a further 3 more during the day.

Harris with the second of his fly caught fish

Fishing after school he caught the first of his fly caught entries on UCAPA club water on the River Clyde in September. A FishPal Malloch Trophy hat was sent out to him that week and the day he received it he went out again and caught his second fish of the week a grilse. 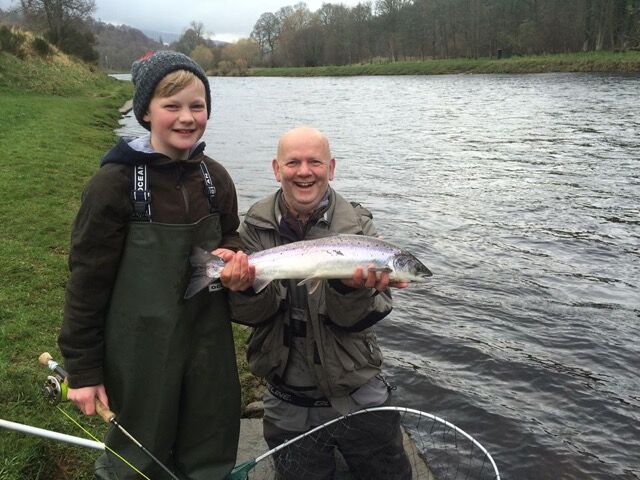 Monroe on his first ever time fishing a river caught his first ever Salmon, a 6lb beauty from the beautiful Delagyle beat on the Spey! He hooked it using a single handed 9ft 6″ rod and played it himself.

Finlay with one of his six entries

Finlay sent in six entries to this years competition and caught a total of six fish during the year which included his first spring fish on River Nith, Dumfries & Galloway, and a host of salmon and grilse from the Fhorsa system on the Isle of Lewis, Hebrides.

The main prize for the junior winners is a day’s fishing on Monday August 7th 2017 at FishPonds on the River Tay with tuition from former world Spey-casting champion Scott Mackenzie and head ghillie Iain Kirk using the latest Mackenzie fly fishing rods. Each winner will receive a box of salmon flies courtesy of Caledonia Fly Company. 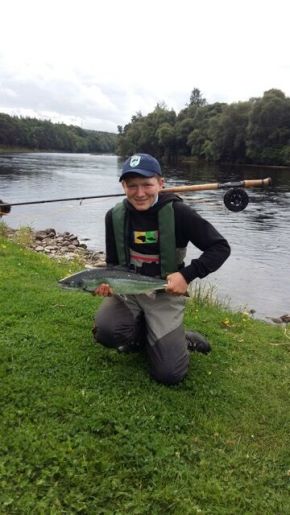 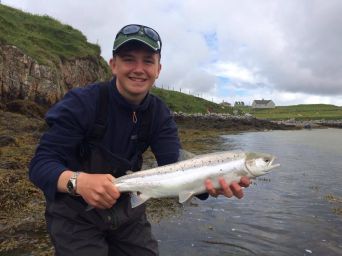 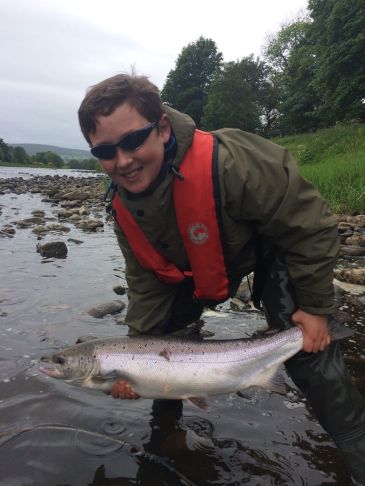 FishPal are a global online information and booking system for all types of fishing. Our site has the latest rod availability, permits can be purchased online or via our customer services team and are issued immediately.
View all posts by FishPal Journal →
This entry was posted in Uncategorized. Bookmark the permalink.