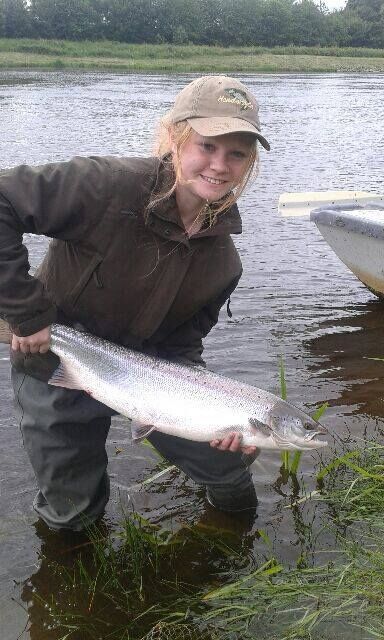 Jess England with a Tweed Springer

Experience the beauty of spring salmon fishing in Scotland with FishPal.

There is something special about your first fishing trip of the season, after what seems like a long winter. When the line tightens and the heart races, a spring salmon still gives us that special thrill that no other fish can match.

Many towns honour the start of the salmon season in Scotland with a traditional ceremony of pipers and drummers who lead the procession of invited guests, celebrities, local dignities and anglers to the riverside. Anglers are offered a dram and slice of shortbread and look on as the river is blessed with a dousing of whisky and the symbolic first cast to herald the official opening of the season.

Scotland is famous for its history, hospitality and salmon fishing and attracts anglers from around the globe wishing to experience its early run of spring salmon. Many regard Scotland as one of the world’s finest salmon destinations. The following rivers offer some of the best spring fishing in Scotland. 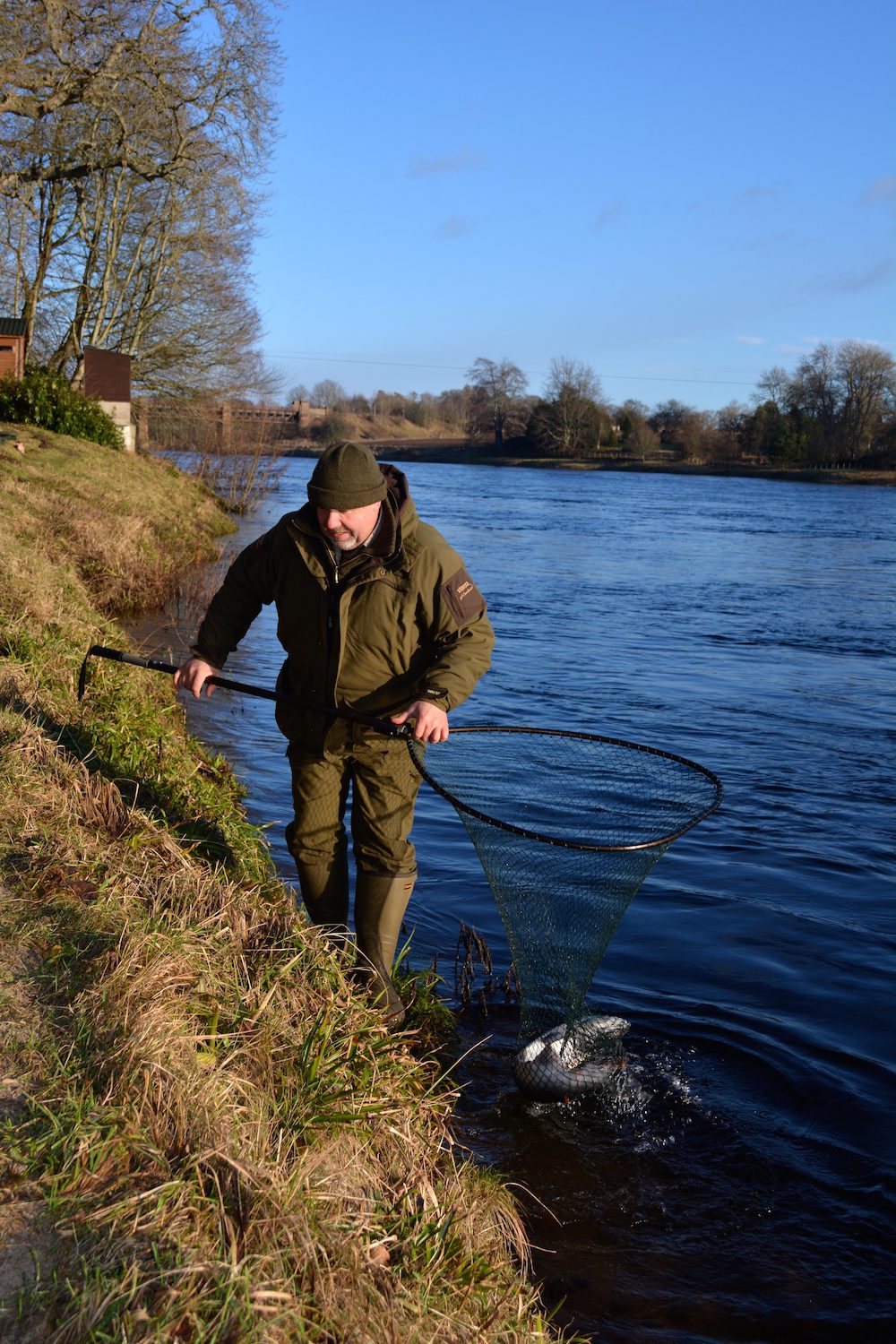 The mighty River Tay has the greatest flow of any other river in Scotland. It is the home of many record fish including the largest ever rod-caught salmon, landed by Miss Georgina Ballantine in 1922, it weighed a staggering 64lbs and still retains the British record. Whether you catch a fish or not, it is often just a privilege to be a part of its surroundings. With catch numbers consistently exceeding their 5 year average, the Tay is a recognised destination for spring salmon. From opening day on January 16th, the chances of catching are high and those who brave the early spring weather increase their opportunity of connecting with a Tay bar of silver.

Since 2008 the Tay have seen a rise in the number of larger fish entering the river, the likes of which the river used to be famed for. Fish over 32lb have been caught during 2016 and Dr. David Summers of the Tay & District Salmon Board says “During the next few years someone is going to catch a genuine 40lb plus fish”.

The River Tay is brimming with character as you might come to expect from its stunning geography. With quiet contemplative pools, rich-rolling farmlands, soft wildflower banks and ancient mature trees, its deafening rush of water and steep-sided rock faces will not fail to impress you. Whether you catch a fish or not, it is often just a privilege to be a part of its surroundings – read more.

Springer on the Tay at Meikleour

The River Spey in the Northeast of Scotland is the home of Spey Casting and is still regarded as one of the most exciting and beautiful rivers in the world, famous for its salmon fishing. During 2016 Salmon catches on the River Spey have been the best since 2008. A total of 3,940 salmon and grilse have been caught between February and June 2016, which is 38% up on the same period last year – read more.

The River Spey is a jewel amongst some of Scotlands finest salmon rivers, not only for sport but also for its picturesque scenery and its famous Whisky distilleries. As it is snow-fed from the Cairngorms, anglers standing in the river during spring will feel the crisp, snow melt from the mountains. If you didn’t know it, the Spey provided the setting for the movie blockbuster ‘Salmon Fishing in the Yemen’.

The famous River Dee is one of the most attractive rivers to fish in Scotland, set amidst the spectacular natural environment of Aberdeenshire before entering the North Sea at Aberdeen. The river welcomes anglers from all over the world who come in search of the ultimate prize of a spring fish taken on the fly. The rivers fast-flowing, crystal clear waters are home to a succession of salmon pools that offer some of the finest fly water in Europe. Historically, anglers see it as one of the top spring rivers especially during the months of February through to May. 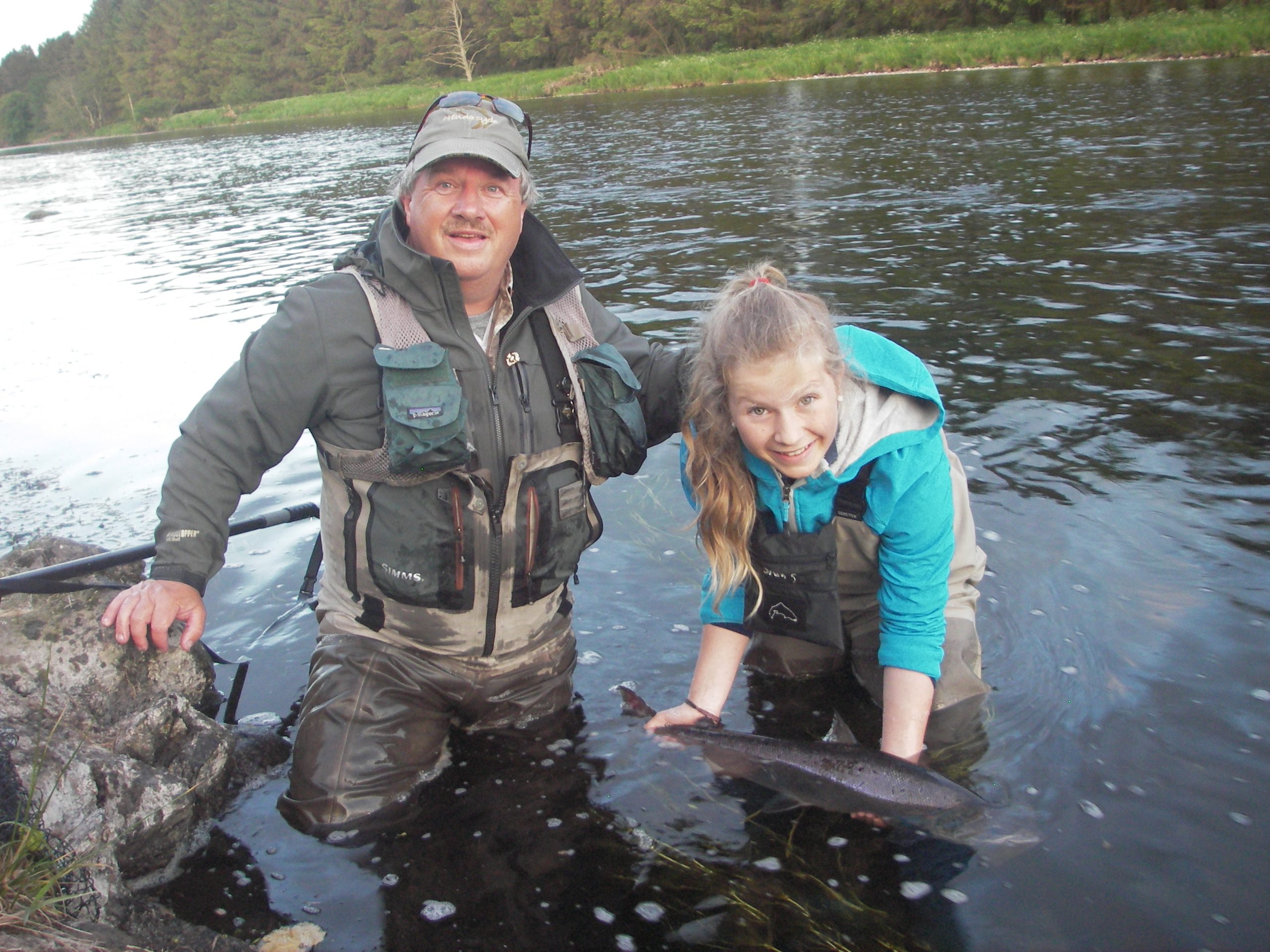 Royal Deeside is also one of the homes to the Queen and her family who have spent many summer holidays at Balmoral Castle since the reign of Queen Victoria.

Forty Four miles from Edinburgh in the Scottish Borders lies one of the greatest salmon rivers in Britain, the River Tweed. Tweed (cloth) derives its name from its association with the river.

Tweed boasts one of the longest salmon seasons, starting on the 1st of February and runs right through to the 30th of November. The length of the season is indeed a complement to the numbers of migratory fish that run the Tweed and sport can be enjoyed from the first to the very last day of the season.

Spring fishing on Tweed in February although not for the faint hearted, this month can offer the salmon angler a good chance of catching a springer. During March with a rise in temperatures and longer daylight hours, salmon begin moving more freely through the beats and Middle Tweed should begin to enjoy increased catches. April and May tend to be months of transition on the river, when often the cream of the Spring fishing can be enjoyed – read more.

During Autumn a new six-part BBC One Scotland documentary focuses on the River Tweed and the people who live and work alongside it.

Throughout Scotland, the rights to fish for salmon are privately owned and a days fishing can be obtained by purchasing a permit or a rod. Anglers wishing to find out more about fishing in Scotland in 2017 can visit the award winning Fishpal.com website. Alternatively speak to a member of the FishPal team on +44 01573 470612 for advice on places to fish, including guides, tackle shops and accommodation. – Find Fishing.