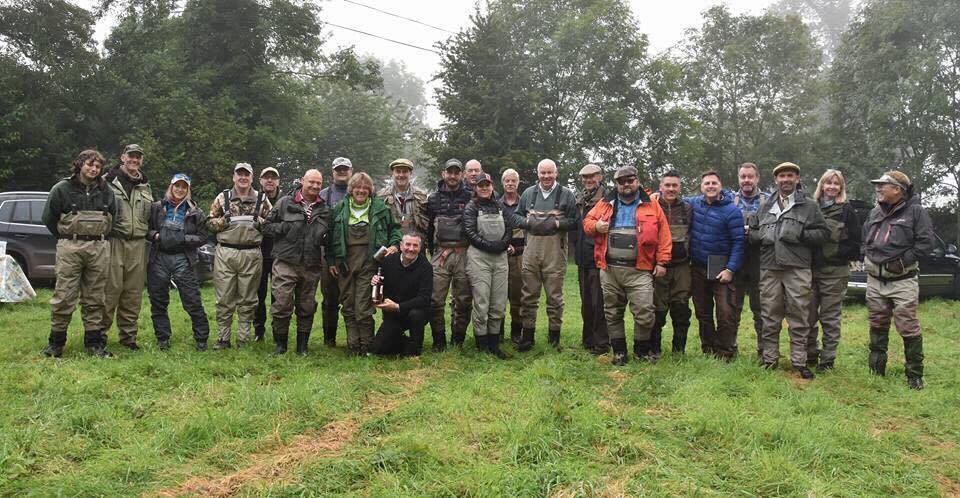 Anglers enjoyed some fine fly fishing on Tyne beats earlier this month and raised £1600 for local charities. During the two days a total of 15 salmon and sea trout were caught up to 15.2lb. Two 15lbers were caught by Jim Wennmark from ScUFt and DJ/Producer Nick Warren. Ed Ford fishing for the first time with a double handed rod caught the first fish, a 4lb sea trout, on Monday morning. 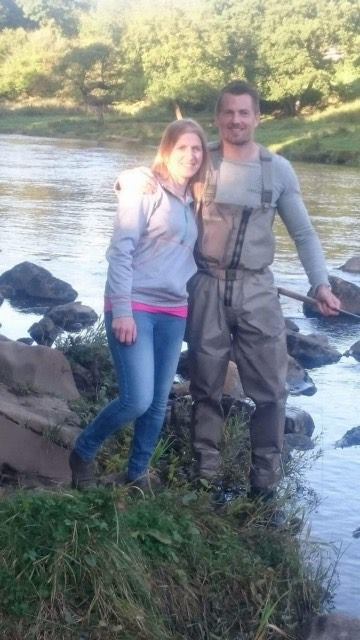 The event was supported by celebrity anglers from the BBC programme “Worlds wildest waters – The Big Fish”. James Stokoe, winner of the Big Fish programme, gave up his time to guide anglers on his local Tyne water. Neil Lobban (Tyne Fly Fishing & FishTyne Reporter), Ross (NERAC) Steve Hutchison (NERAC) and Andrew Jackson (Ghillie on Warden beats) gave up their time and supported the anglers with unrivalled knowledge of their beats, ensuring the best tactics and hot spots were explored to maximise the chances of hooking an Atlantic salmon.

Citrus Catering based at Warden near Hexham who ensured everyone started the day with an excellent breakfast, and also served a hearty lunch after the morning fishing session. If you are visiting the Tyne give them a call for lunch time picnics. http://www.citruscatering.co.uk/events.html

Organisers Les Routledge and the ScUFt hope to repeat the Pink Linda fishing event next year on the same dates Monday 3rd & Tuesday 4th October. If you wish to take part please contact Ali Hutchens via email on ali@scandinavianflytyers.com

The “Pink Linda” salmon fishing charity event was made possible due to the extreme kindness and support of Mr Phillip Straker, owner of Warden Beats on the River Tyne, and Steve Hutchison of NERAC club on the Tyne. Funds raised during the event are being split with the following charities. A project called “The Next Generation” that provides fishing tuition and equipment to 2 X centres for children. The Grove centre in Tweedmouth Northumbria – children with significant physical and mental impairments, and Wilton Centre in Hawick for children requiring significant support to ensure they have the ability to thrive and grow both personally and socially due to various issues they have encountered in their lives.

The 3rd charity selected by Mr Philip Straker to benefit from this event was the Great North Air Ambulance and the money raised will be a great bonus to this excellent self funding service that has saved the lives of many people.
Pink Linda Fund
The Pink Linda fund was set up for a Cancer Treatment centre in Thurso that provides aftercare and family support to those affected and touched by cancer. This is self funding and based in a very small rural community that has very close links to the fishing community. The charity was named after a dear friend of the former river manager and river superintendent of the River Thurso, called Linda Sutherland. Linda received after care and support from the centre and has since recovered and is a driving force alongside the fund creator and keen fisher, Pat Quinn from Halkirk in Caithness.

Scandinavian United Flytyers
ScUFt have a high social responsibility policy and to show their continued support of various charities linked to our fishing community, or issues that have personally affected those within our fishing community. They decided to hold a Salmon Charity Fishing event called the “Pink Linda” Salmon fishing day. Ali Hutchens (ScUFt) and his close friend Les Routledge, set about organising the event and advertising it on social media.

Scandinavian United Flytyers (ScUFt) are three guys from Sweden (Jim Wennmark) Finland (Olli Rautiainen) and Scotland (Ali Hutchens). They tie flies in various different styles and fish at various locations in the UK and Scandinavia. They have recently released a film on Vimeo called “Passion Breaks Borders” and launched it at the recent Flyfest event in Penrith, Cumbria. Angler