Lochy Ghillie John MacIssac caught a fish of a lifetime on Thursday 29th September. The fish measured at 46.6 in (118.3cm) and estimated between 38 to 41 pounds. 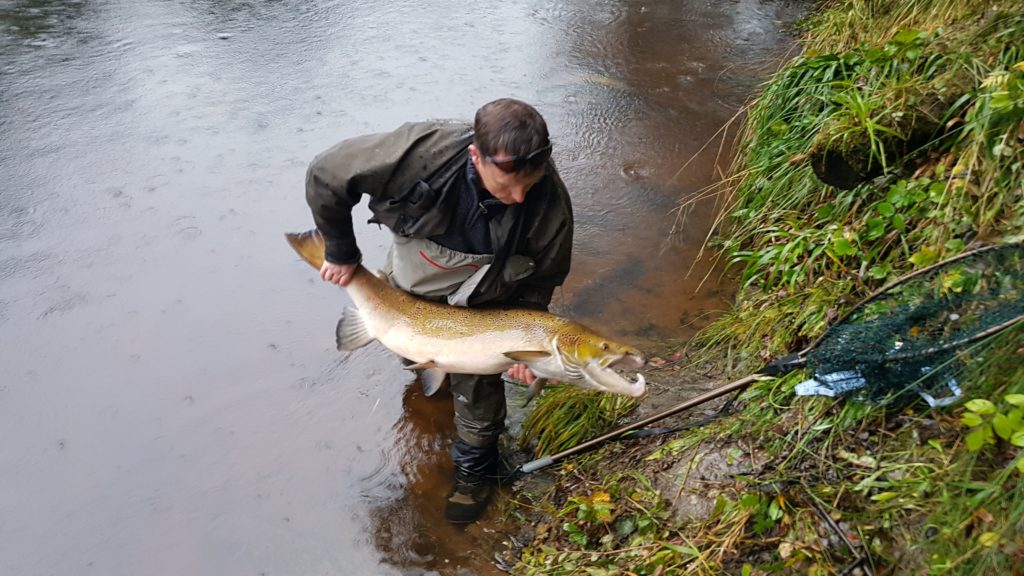 It’s a PB for John and, for now, the biggest salmon landed on a Scottish River this year and a potential winner of the FishPal Malloch Trophy.

John hooked and lost a similar sized fish a few years ago on the Queen of Scottish Salmon rivers the Lochy and said “You know they are there in the Lochy system, and to catch one this size you need someone with you to witness it!”

The ironic part of this story is that John was considering going home and as he had not fished the River Spean this year he decided to go for a cast. Using his Mackenzie DTX rod, Rio AFS line, 25lb seagur attached to an inch copper Red Francis tube, his first proper cast splashed into the tail of the Long pool. The heavy fly bought the fish to the surface where he hit the fly, turned and rolled on the top. The fish now attached to the Red Francis took a couple of runs allowing John the chance to see its belly, he instantly knew it was big fish. It was only when it came nearer to him that he realised he was going to need some help. Luckily for John the fish dived and stayed deep until assistance came. 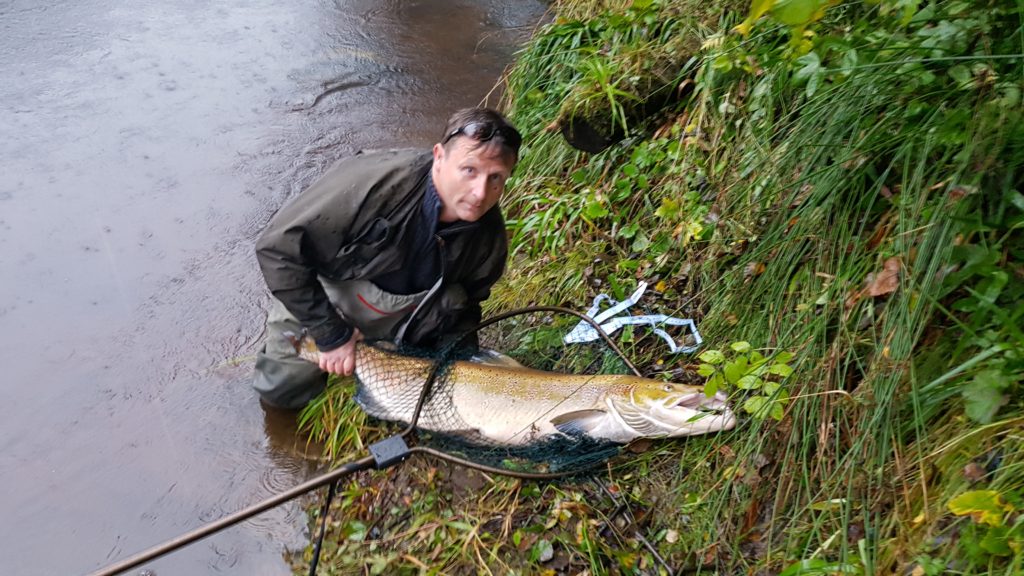 Joe arrived 25 minutes later with his net and was quickly told “we going to need a bigger net”. The salmons length and depth dwarfed the net. It was a very deep fish, with an adipose fin the size of an apple. “I was unable to get my hand around the tail” said John.

The 38-40lb fly caught salmon was returned quickly and safely back into River Spean.

John returned home to share his good news with his sons who are all keen anglers. His youngest son can no longer tease him about his 26lb fish he caught when he was 11 years old on the River Moriston. John woke up this morning at 4am and it finally sunk in that he had caught a fish of a lifetime.