Cumbria is open for fishing 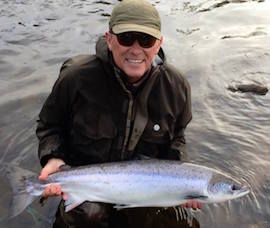 This winter cumbria was hit hard by the storms and at first glance, it would seem that with all the devastation incurred there was little hope of recovery any time soon. Nature is very resilient and has been since time began, so too are the people in Cumbria!
The first salmon on the Eden when the water levels eventually dropped, was caught on February 24th, a little later in the season than usual and was 18 pound, followed by a 9, 14 and two 15 pound fish over the following couple of days. When conditions allowed, fish in the mid-teens were caught all through March for those who ventured out. 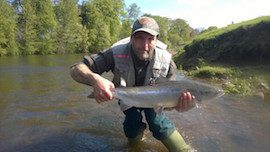 Along with grayling, the wild stock of brown trout have also been making an appearance of late, some good fish too, they look well-wintered and plump! Good hatches of March Brown and large dark on the middle river and kick samples on the lower parts indicate that the invertebrate life is healthy although slow to make a start this year. Making a positive from a negative, there is now less competition for food, we should see some real healthy specimens soon and that will also give a good spawning stock for the future.
The sea trout fishing has been improving year on year in the dark and in the daytime too, if last summer is anything to go by I will be very happy with that! 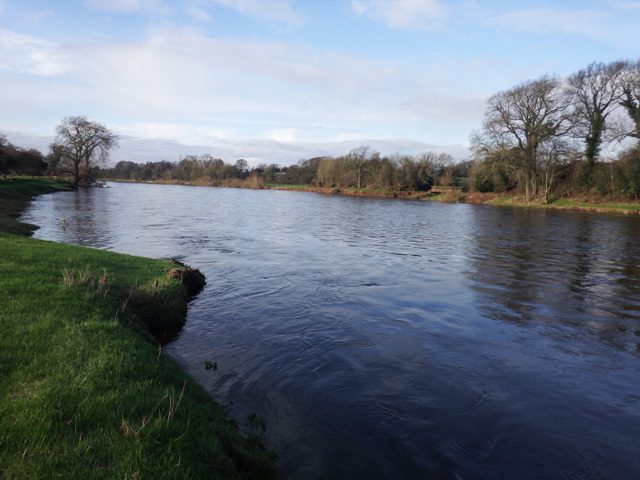 River-keepers, ghillies, clubs, associations and owners have not been idle either, repairs have been on-going with every opportunity given, in most cases there has been an improvement on fisheries. The Eden Valley has and always will be a place of beauty to treasure, get out during the spring and enjoy it.
As soon as we get past this wet and cool spell of early April and the weather warms, sport will also improve, check out the reports, we have been here many times before!

Glyn Freeman writes the weekly cumbrian river report – we encourage you to subscribe to his weekly report if you wish to fish the area region this year as not all beats post weekly catches.

Glyn’s weekly report has the most up to date information on all catches reported.