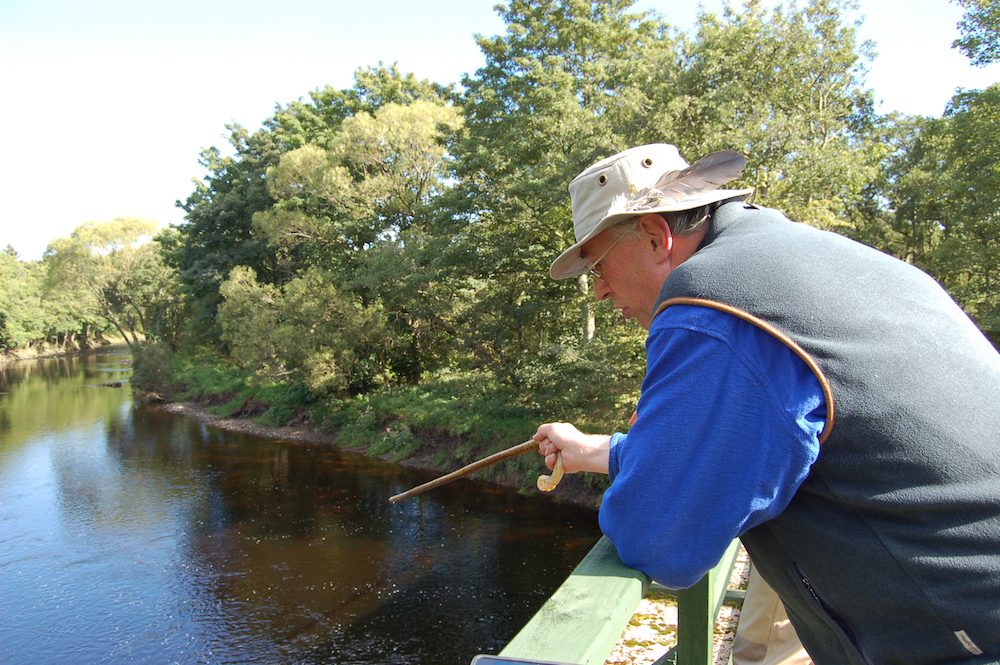 I once asked a senior government scientist what is distinctive about the contribution made by AST. He replied, “independent, creative and measured”. He added that the Trust’s reputation depends on these values. His words are still valid, while huge advances in science and management of wild salmon and sea trout over the last decade have radically changed the context for government and non-government organisations
in the sector. The challenge for the Trust was to adapt to those changes.

Prior to 2008 AST’s role was to respond to the research needs of fishery managers and researchers pretty much on an ad hoc basis. While we had access to top scientists and generous benefactors, it was clear that rivers and fisheries trusts were managing wild fish stocks increasingly effectively within river catchments. That prompted the question, ‘Does the AST need to exist, and if it does, what should be its role?’ As the incoming director in 2008 that was my first challenge.

The ‘existence’ question encouraged a long debate, during which options such as merging with other organisations, hibernating, setting up an emergency fund, or simply disbanding and disbursing the funds to other charities, were all considered. Some critics of the Trust said publicly that there were too many organisations and it was time for AST to admit that and go. Others felt that the Trust would be better within another organisation. I saw my role at that time as keeping the debate going to ensure that its conclusion would respect the vision and generosity of our predecessors.

I was lucky to have in Dick Shelton, former head of the Government’s Faskally Laboratory, a Research Director with the vision and spirit of adventure to encourage AST ‘to go to sea’. AST had always been concerned with marine exploitation, especially in the Faroes and West Greenland. Dick, with his Norwegian colleague, Jens Christian Holst, pioneered methods sampling salmon post smolts at sea. That work was the cue for Ken Whelan and colleagues working within NASCO, to raise funds for the Atlantic-wide SALSEA Project, whose purpose was to learn about salmon distribution at sea.

We needed to keep a focus on the old chestnuts of mixed stocks netting and salmon farming, while addressing other issues of marine mortality. The fractious nature of the debate on those subjects helped AST define its new ‘Three Pillars’ strategy – Ocean, coast & fresh water. We also needed to state publicly that AST is not a lobbying organisation, not beholden to a subscribing membership, nor do we represent those that exploit the fish, and we avoid duplicating the work of other NGOs. The positives are that we work on an international ecosystem basis (wherever the salmon swims), our work in fresh water supports the work of others, the work is based on sound evidence, and we find ways to raise public awareness, improve fishery management, and influence decision makers.

As I depart I feel that the AST’s need to exist is no longer in question and the charity is in good shape for my successor, Sarah Bayley Slater, to take its work to a higher level. Sarah’s appointment is a vital moment for the Trust because, for the first time in its existence, AST will be led by an experienced professional person with the skills and experience to deliver results at a time of massive challenge for salmon and sea trout.

Now it is time to go fishing! – For salmon and sea trout at Finavon Castle Water on the South Esk and for wild brownies in secret hill lochs in the Northwest Highlands!