Sea Trout Fishing on a Saturday night by Tom Carter 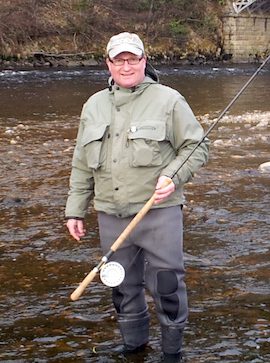 Saturday was a cracking day in the Scottish Borders near Hawick. A good day to be out and in my case in the garden mowing, burning leaves and pruning from winter. Before I knew it, it was 6 o’clock! I came in to the house and made myself a cup of tea and turned on the TV and had a flick through the TV guide.  I was faced with more football, lots of pearly white teeth on pretty much every channel. PUB I thought!!, Umm beer, taxi, no!! Fishing, why not, I know its early but there must be a chance of something I thought. I had a quick look on FishPal and found Irvine House on the Border Esk at Langholm at £9 +vat for the day!  SOLD!!! I shared my new plans with the other half and suggested she would like to come along too – RESULT !! She came armed with a jacket and her Kindle (she may be reading in the dark!). 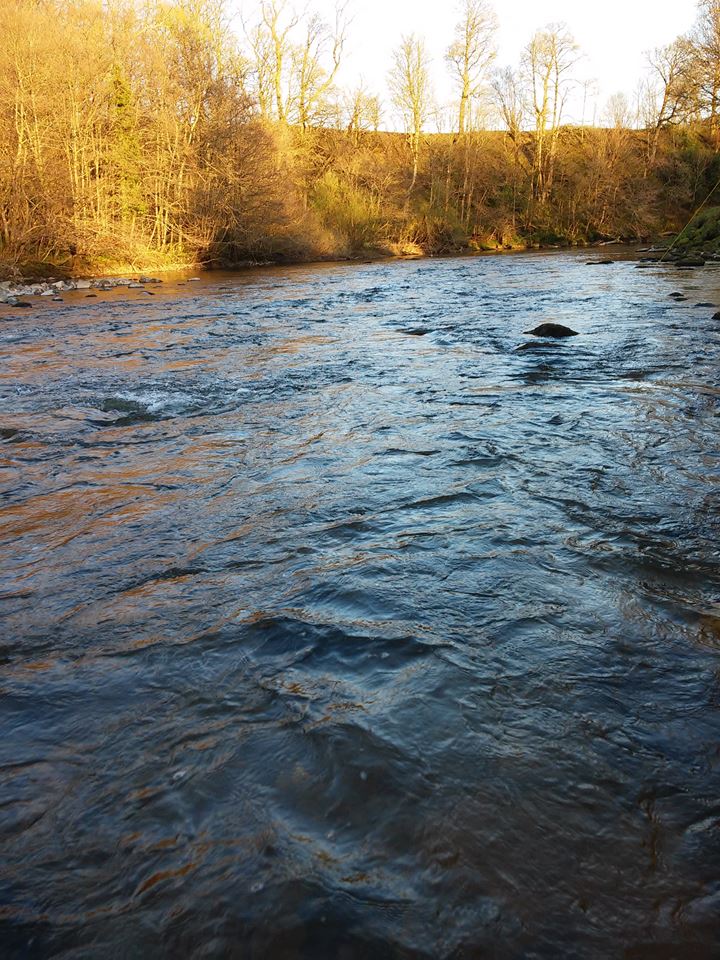 An early supper was consumed with eagerness, trout rods firmly stuck onto the bonnet of the car and off we went. We arrived at 7pm on the beat and met by Peter, who always puts a smile on one’s face.  He showed me the pools, opened up the fishing hut and the book to record catches on the beat, (tad optimistic I thought) and left us alone to explore the beat. The sun was slowly setting and the bird life still busy on the back of a warm day. The river was running at a nice height, maybe a little low for some, but to be out by ourselves was marvellous. The Dippers and Oyster catchers were constantly flitting up and down the river and made a great sight. One thing is for sure on this river the water runs very clear. With this in mind I tied a small conehead cascade and had a few casts. I watched it in the water, the pattern looked right, but boy did  it looked bright in the water. This quickly removed and a smaller sized black cone tied on with a short tail. 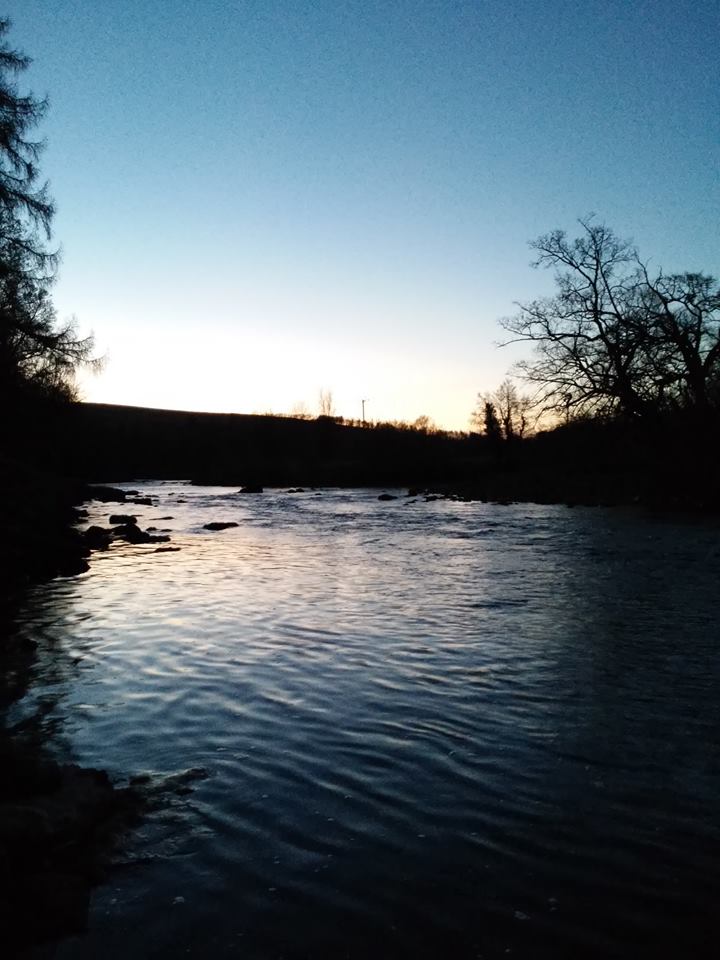 Armed with the right sized fly I confidently started to pursue my quarry. Birds were settling down for the night as the sun now disappeared behind the hills, small trout and salmon parr began to jump on a hatch. UMM this is starting to get interesting. I exhausted the first pool and started on the next pool.  At the tail of the second pool I cast a neat line into the faster water and as the line came round – BANG – a short frenzied attack ensued. As I stroked the blighter came off, a small trout or parr by the feel of things. Darkness was beginning to fall, so I fished it down and then went back upto the pool I had started on. Change of fly me thinks. I went onto a size 14 Yellow Stoat. The temperature had dropped considerably. I had not noticed it, my better half informed me, who was now wearing my coat as well.  This was the time we could have a CHANCE of a Sea-trout. I slowly, quietly I cast my trout rod as I stealthily moved down the pool. After a few yards my line gave one hell of a PULL, “they’re here” I thought and my heart rate trebled!! I carried on down the pool for next 30 mins without a touch, but, that one pull made my night. It cost me £11 to go out and have some great fun. It is early in the season, but what a way to enjoy an evening. Don’t sit there on a Saturday night looking at fake tans and pearly whites on the TV, get your rod and go out even for a few hours, it’s well worth it. Now the nights are drawing out the Sea-trout will start heading into to a lot of rivers, go and enjoy some great sport. Tom Carter FishPal – 01573 470612 Tom fished Irvine House Beat on the Border Esk